Facebook Instagram Youtube Twitter Patreon Shopping-bag
Menu
Okay, so first off, she's fine. We're pretty sure. At the party, Kavya got hit in the head by a baseball bat. Apparently, she was standing behind Robert, he Robert told her to move, that he was about to swing, but she thought he was going to swing the other way, so didn't move, and he slammed the bat back right into her forehead. Various adults saw it all happen and went racing over, and when Kev had carried her back inside, our host, Anne, who happens to be a pediatrician, gave her a thorough check-up. She also called over two other doctors at the party for second and third opinions. All concurred that concussion and orbital fracture (the two main potential issues) seemed unlikely, and while the HUGE swelling above her eyebrow certainly looked scary, some ice and painkillers should take care of it. 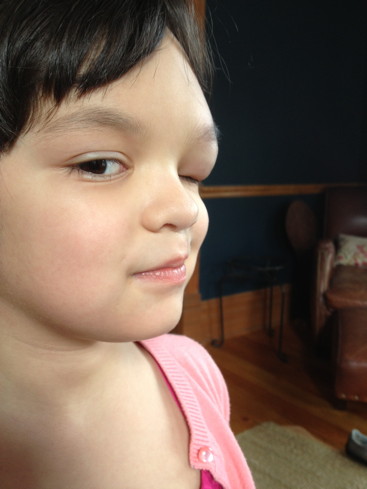