I try not to get super-consumerist here, but in this instance, my design appreciation is requiring that I RAVE about the design on this dinnerware. Kevin bought me the salad plates; my sister Mirna bought me four dinner plates as an early birthday present (huzzah!), and I love them to death. Follow along with me as I tell you why these are so awesome, and if you can figure out who the designer is, I'd love to give them credit -- so far, my googling has availed me naught. 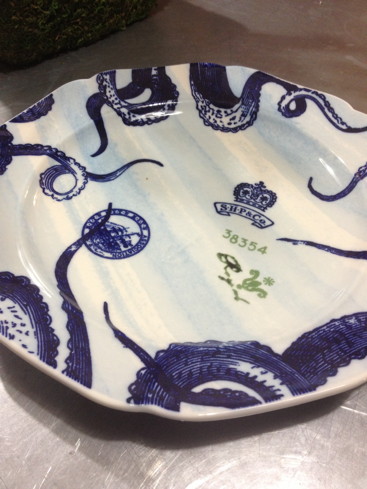 This is the large dinner plate. The wavy edges give the very satisfying feel of a handmade design (although of course these are mass-produced); the weight is solid and comforting. The green contrasts beautifully with the blue, and the striated waves of colorwash add to the feeling of solidity and depth. 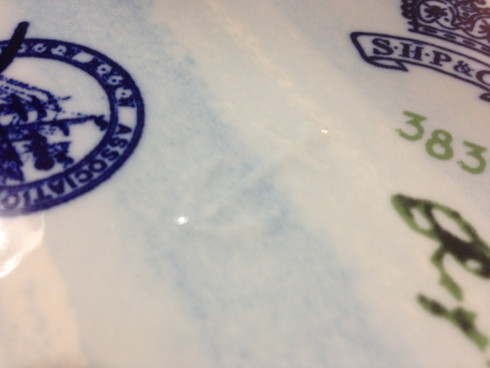 I had a terrible time photographing this, but each dinner plate has a raised imprint of an anchor on it. An incredibly satisfying tiny detail. 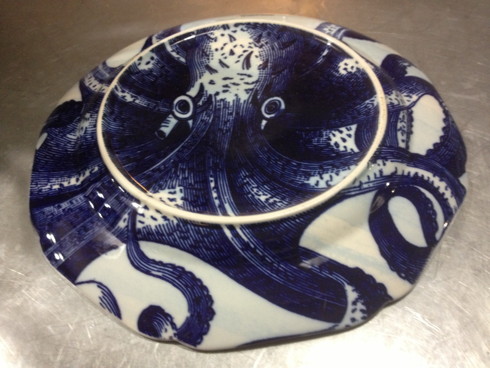 Here's the back of the dinner plate. Ah, that's where the tentacles come from! I'm trying to think if I've ever seem a plate design that wraps around to the back like this; so clever and beautiful. 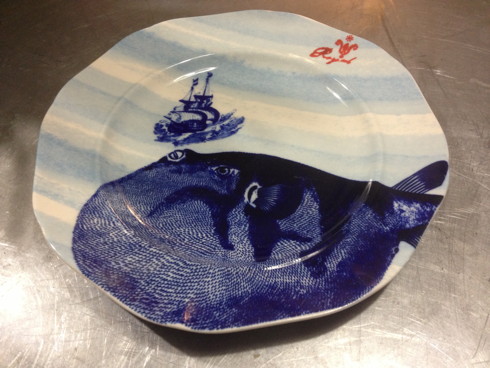 One of the salad plates -- I love the balance of the huge whale-like creature, and the tiny ship. But it gets even better... 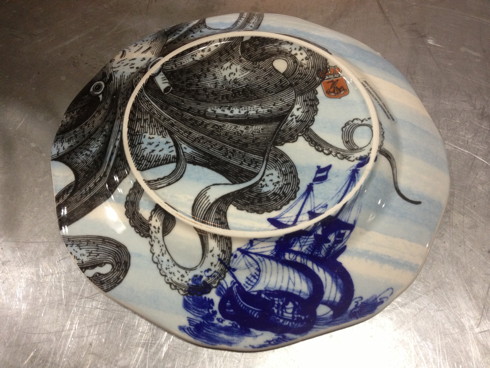 ...this may be my favorite image, the reverse of that salad plate. Great use of black with the blue, and also love the scale of the octopus-creature attacking / embracing it. 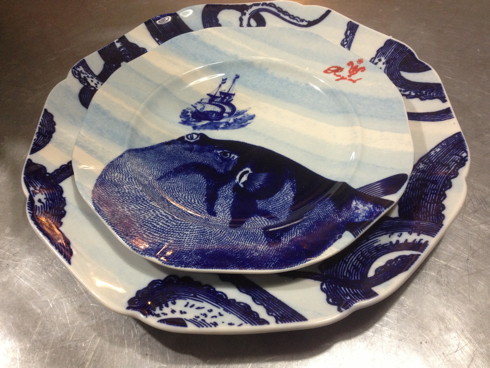 Here you see how beautifully the salad plate nestles on the dinner plate. 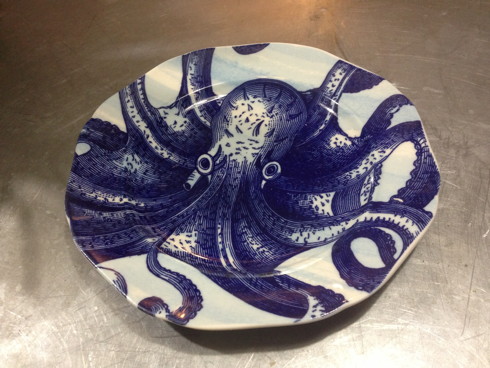 A second design of salad plate... 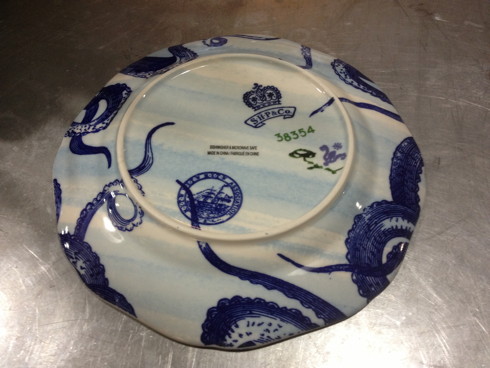 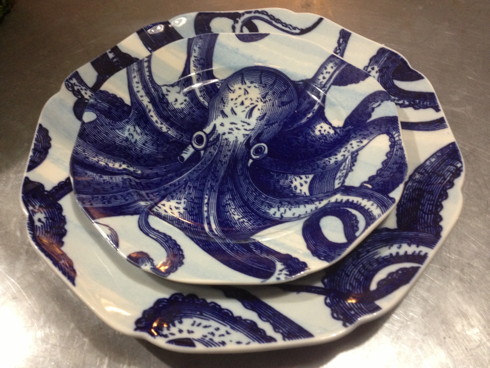 And nestled in the dinner plate, a vertiable explosion of tentacle goodness. My only complaint is that they seem to be sold out of the third salad plate design, Big Fish -- I would love to pick up four of those, if I could find them. Time to start haunting Ebay, I guess. But here's the design, at least -- stunning, how it flows from front to back.

Apparently, there's also a Kissing Fish design on the salad plates, I just realized. I'm only finding a single image.

And I would be remiss if I didn't note that there is also a GORGEOUS cup and saucer. I care more about the plates, personally, but these are certainly beautiful.

Oh, and there was a soup bowl. Plain compared to the other items, but I think that's actually a good thing, a rest for the eyes, especially if you were going to use it with soup bowl stacked on the plates for service.

1 thought on “Octopus Plates I try…”