Facebook Instagram Youtube Twitter Patreon Shopping-bag
Menu
We've signed Kavya and Anand up for gymnastics lessons; they started a few weeks ago. This was directly precipitated, you may remember, by Kavi attending a 5-year-old friend's birthday party at the gym last fall. She had a terrible time; Kavi bravely kept trying to participate, but was really scared by the whole place, and burst into tears over and over, especially at the higher places (jumping into the ball pit, swinging on the rope, etc.).

I felt so bad for her, being so scared when all the other kids her age were running around cheerfully. I wasn't sure what the best approach would be for getting her more comfortable with this kind of physical activity, but after a long Facebook discusison, Kev and I decided to try the kids in gymnastics classes, in the hope that it would make them more comfortable with the venue, and with their bodies' physical capabilities in general.

I was a bit nervous -- I was never the athletic child, and have rather tortured memories of being mocked for being the only kid in my class who couldn't climb the rope in gym class (not at all, not even a little bit). I was briefly fast in third grade or so, and remember winning one sprinting race, but I was quickly outpaced as the years went on. I really enjoyed my one summer of gymnastics classes at the Y -- I loved the beam, and even got as far as doing round-offs on it, and slightly wobbly cartwheels. The uneven bars were fun too, though I wasn't as good at them. But then puberty hit, and top-heavy breast development, and gymnastics just didn't work well for me after that. I could perhaps have pushed through, but I wasn't passionate enough to fight for it. I went back to my books. Still, I have a lot of good memories from that summer, of how thrilling it could be to hurl my body into the air and trust that it knew where to go next. I wanted our kids to have a chance at that feeling.

We were totally prepared to drop it if the first few classes didn't go well. Sometimes you'll see parents who are just hauling a crying child through one class after another (swim is notorious for this), and personally, I think that's a mistake. A well-intentioned one, I'm sure, but I think you're more likely to put the kid off the activity forever than get them proficient at it. Better to take a break and try again a year or two later, if you think it's important. But thankfully, gymnastics classes so far have been a pretty rousing success.

Now, that depends a bit on how you define success. As you can see in these photos, Kavya's backward rolls still send her sideways much of the time. She is no gymnastics prodigy! But she'll jump off and catch the bar and swing on it, she'll try the rolls, forwards and back, she'll make her way across the low bar things (I don't have any idea what those are). And more importantly, after a bit of wobbliness at the first class, no more tears! We had a talk initially about how if she didn't want to do something, that was okay, and she should just tell the coach, and I think that helped. But mostly, she tries things now. Kavi loves it when the coach high-fives her for accomplishing something, and she's now super-excited to go to gym class every Tuesday.

I'm just so relieved. We had another gym birthday party a week after her first class, and there weren't any tears, huzzah!

Anand's having fun too, though the three-year-old class is less actual gym and more running around. But they did get him up on the high beam (with the coach's help), and he claims he wasn't scared. With him, little daredevil, we may end up with more of the opposite problem than Kavya -- hopefully, gymnastics class will help Anand know his body's capabilities, so he can stay reasonably safe when tossing himself off high places. Fingers crossed.

Thanks again to everyone who offered advice on the previous thread; it was really appreciated. Parenting comes with challenges you'd never foresee, and it helps tremendously, having a village to offer advice as we navigate unexpected roadblocks. 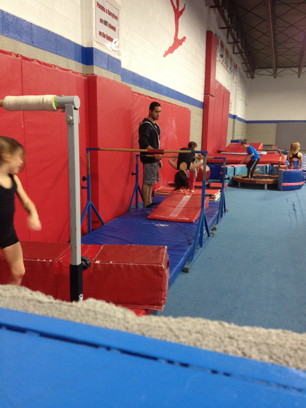 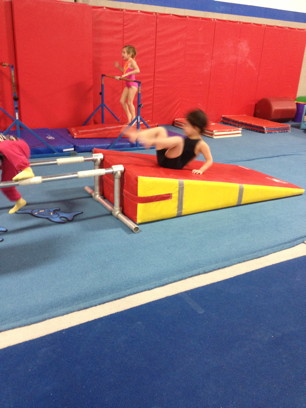 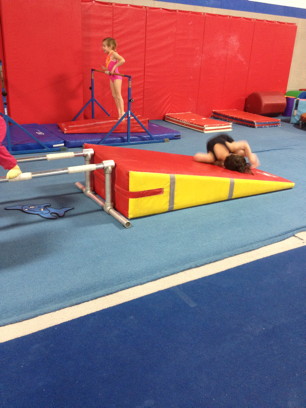 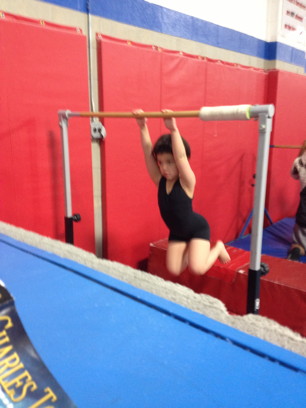 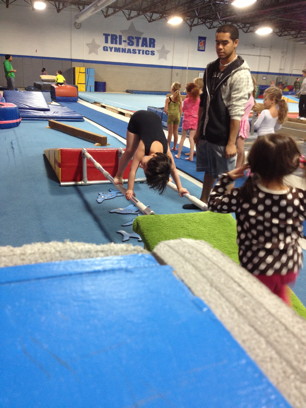 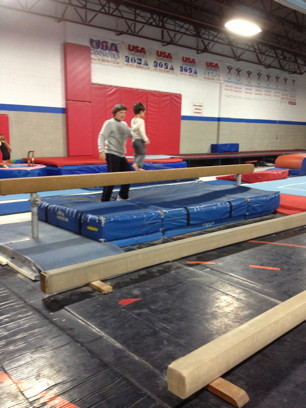