Facebook Instagram Youtube Twitter Patreon Shopping-bag
Menu
Anand needed a trim because his bangs were falling in his eyes, so I pulled out the scissors this morning, and then Kavi decided that she wanted a haircut too. I confirmed this with her several times, because it's been quite a while -- ever since watching Rapunzel, she'd wanted Rapunzel hair, and after months of diligent growing, it was about a third of the way down her back. But I think she must have been getting tired of the tangles and the brushing every morning, because Kavi insisted she wanted it short. I've been meaning to try bangs on her, so I went to town with the scissors -- slightly too enthusiastically, I'm afraid. 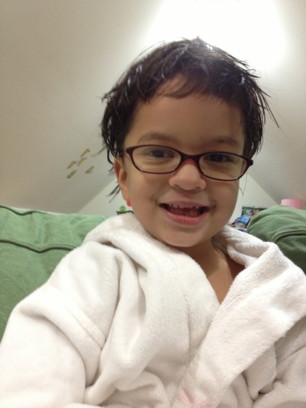 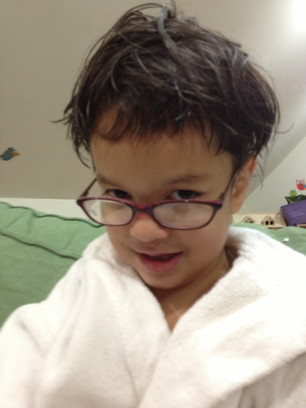 It all came out shorter than I intended -- the bangs in particular, but also the cut in back, which turned into a pixie cut somewhat out of necessity. Ah well. The bangs will grow in soon enough, and the pixie is cute on her, even if it does also make her look at least a year younger. And she's thrilled with it, which is all that really matters. 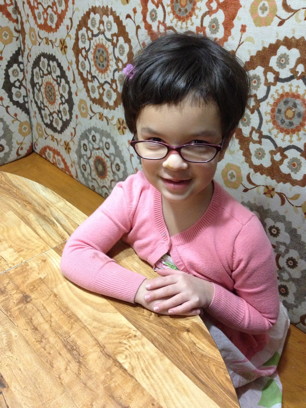 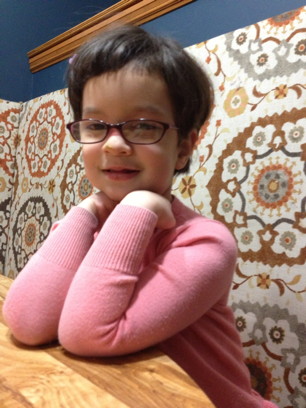 I just hope Kavi doesn't regret it tomorrow morning, when she only has a scarf and hooded jacket to keep her neck warm as we wait in zero degree weather (feels like -16, according to the forecast) for the schoolbus. Eep. I might take pity and just drive her in tomorrow. Mama doesn't want to stand outside in that weather either!

Remember -- wet hair is longer than dry hair! Also, you can always cut more later, but you can't make it longer! Also, measure twice, cut once! You would think that knowing all the rules would save you from making this sort of mistake, but apparently once I get a pair of scissors in my hand, I become intoxicated with the power of it all.

2 thoughts on “Anand needed a trim…”