We signed up for a tour of indigenous plants with Den, which I thought was really interesting. A bit politically heavy-handed re: aboriginal issues, but I guess there's a limit to how much subtlety he can incorporate when he's typically talking to large tourist groups who may not have much English. Included a smudging ceremony, and a lot of smelling and tasting of plants, talking about their traditional uses; recommended. 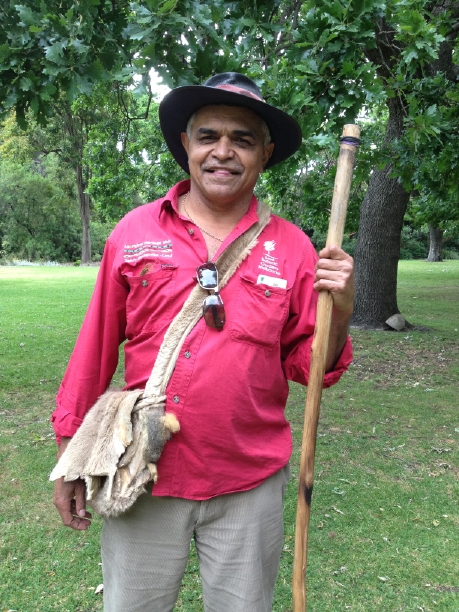 Magpies, I think. Katie, it WAS a traditional magpie rhyme I was remembering.

One for sorrow,
Two for mirth,
Three for a wedding,
Four for birth.
Five for silver,
Six for gold;
Seven for a secret,
Never to be told;
Eight for heaven,
Nine for hell
And ten for the devil's own self! 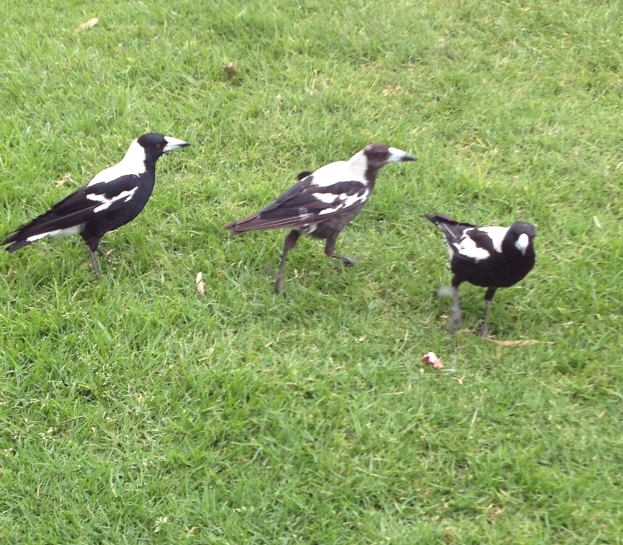 We didn't see the whole garden, but we spent a lot of time at Guilfoyle's volcano, which is awesome.

There's a water reservoir at the top, to sustainably support the gardens, and low-water use plants cascade in lava-flow patterns down to the ground. Awesome variation on Victorian bedding plants. :-) 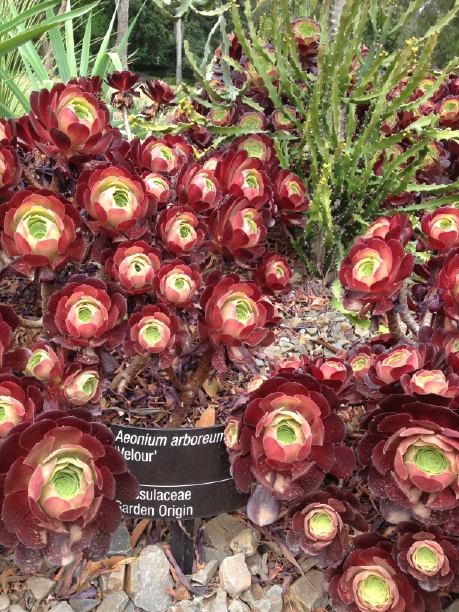 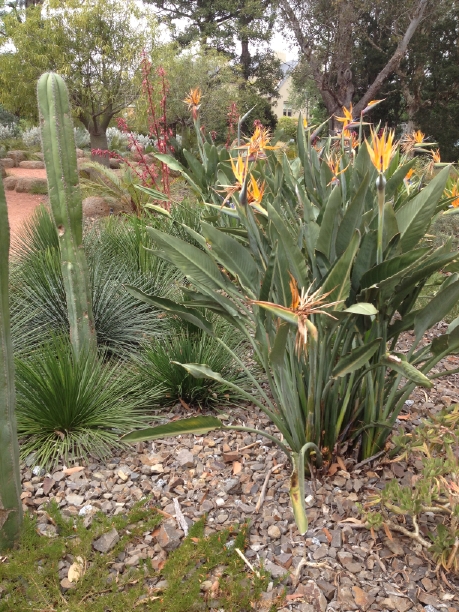 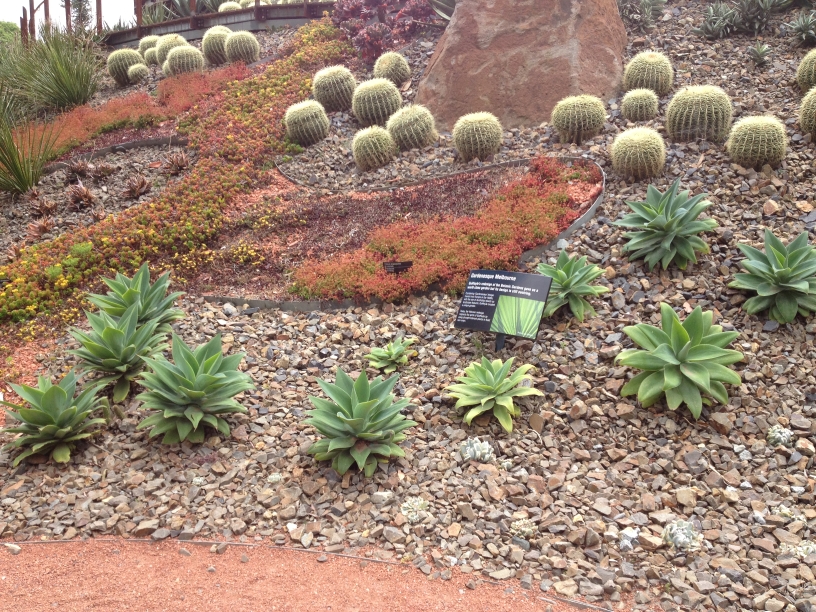 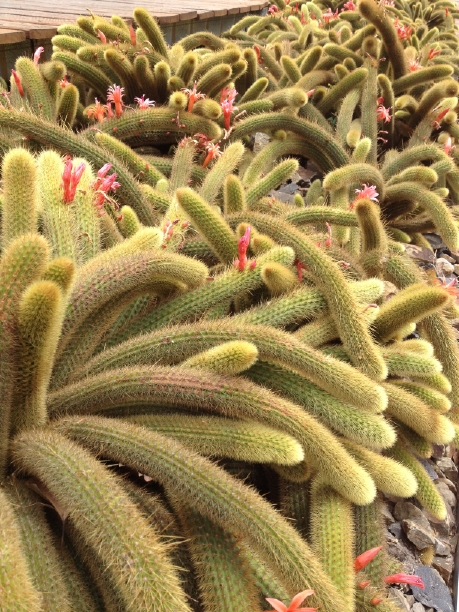 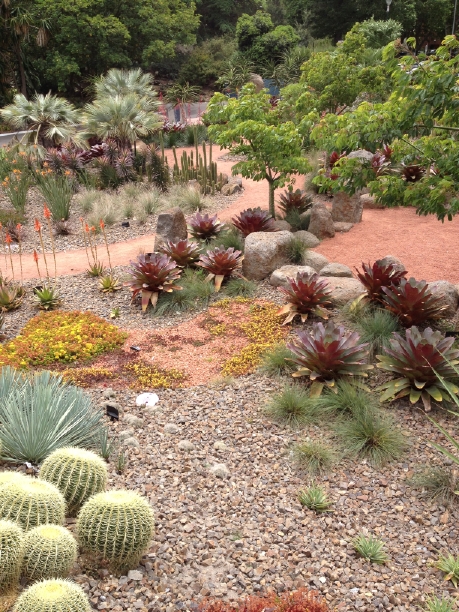 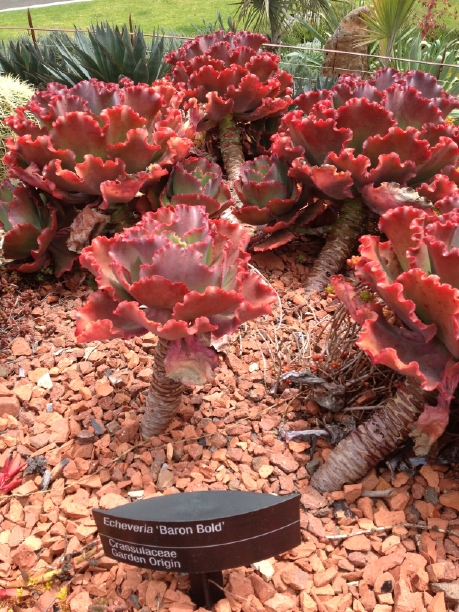