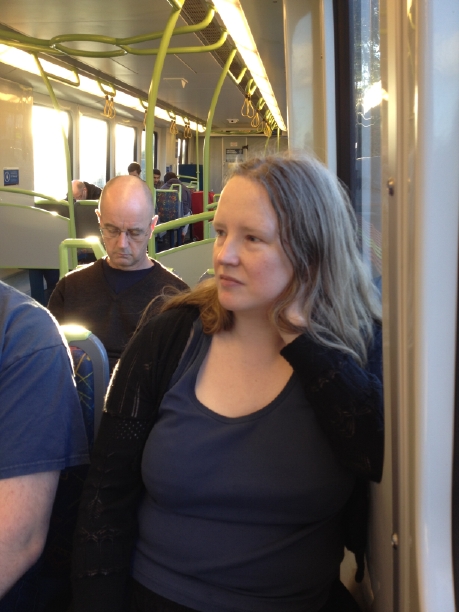 A pensive moment. We were taking the train into Fairfield for dinner, Karina and Joe's old neighborhood. 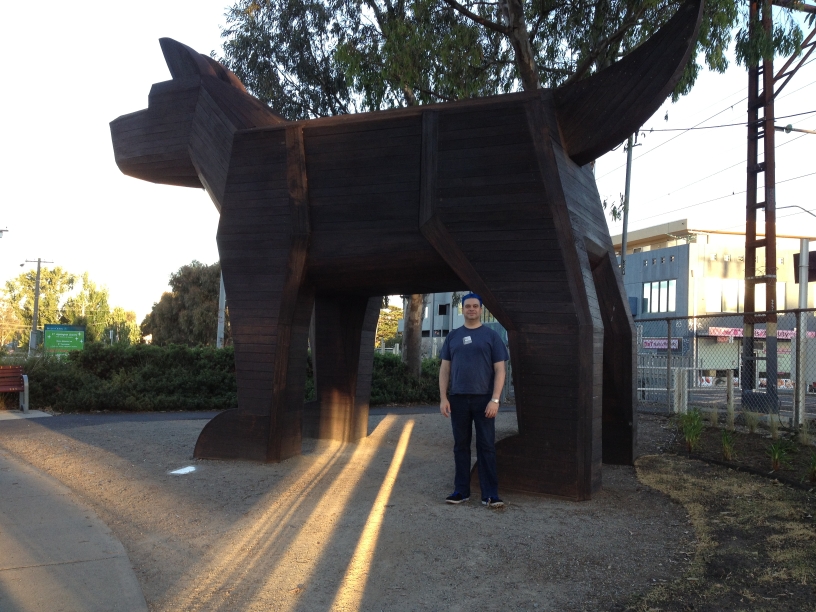 This is FIDO (Fairfield Industrial Dog Object), who greets you just when you get off the train. It is not only large, but wags its tail and blinks lights from its eyes. 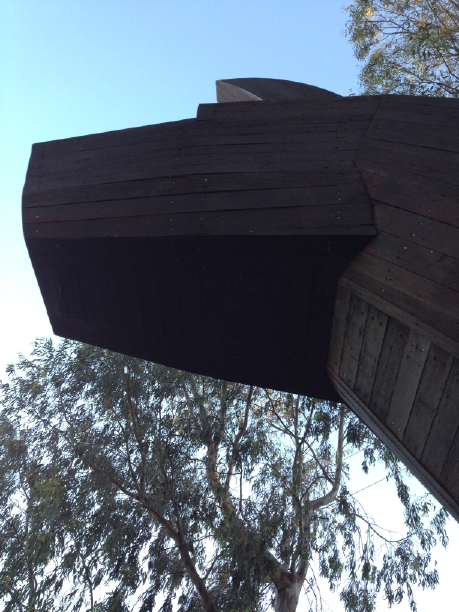 FIDO has his close-up. 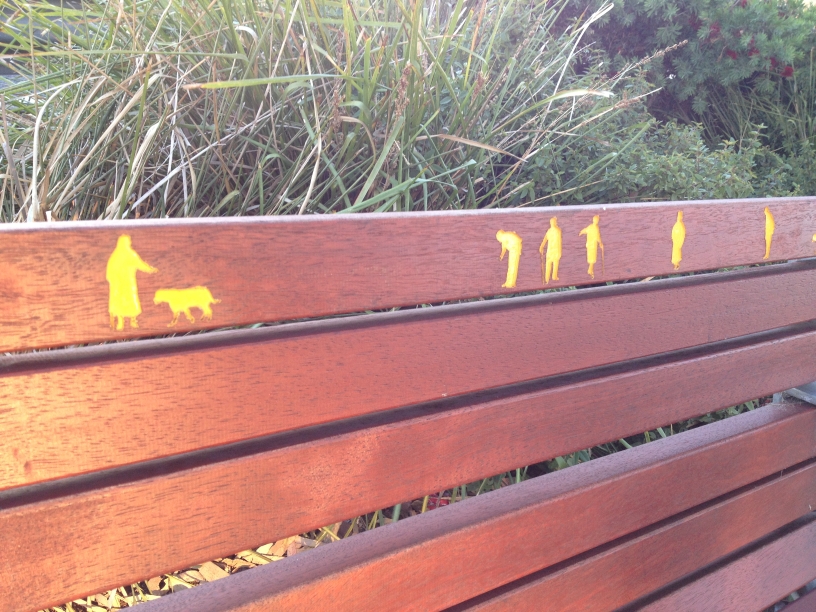 We were debating whether this park bench was designed this way, but I think it's actually grafitti. 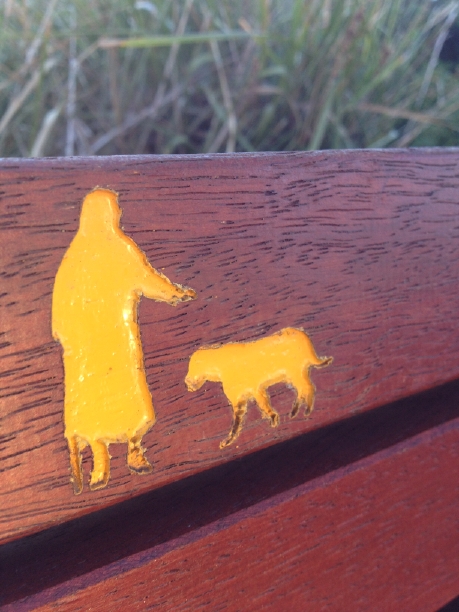 See the detail here? It's carved in, and then painted. But maybe it was done by the suburb? Not sure. 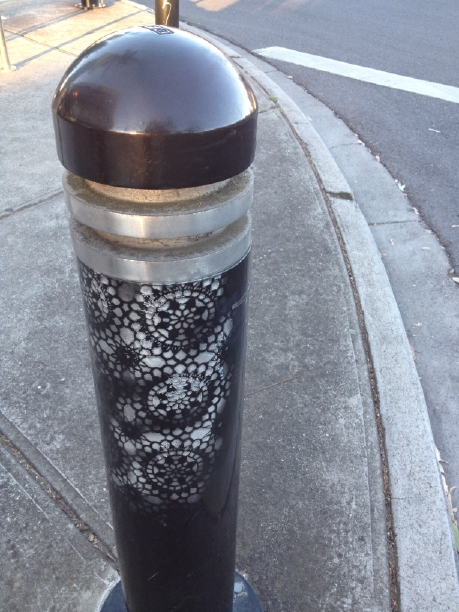 This, I'm pretty sure, is graffiti. But so pretty! 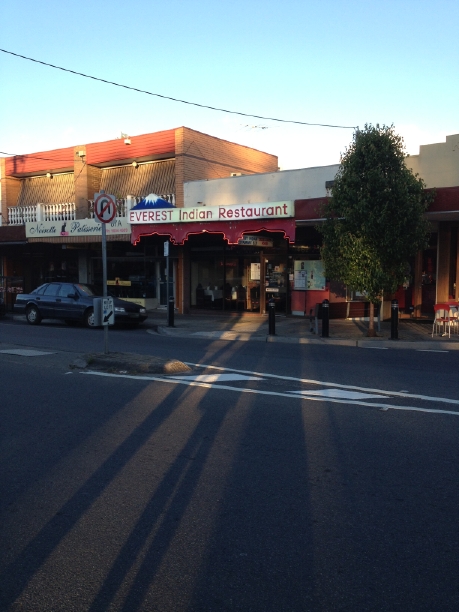 This is Everest, Karina and Joe's favorite place, that they've been going to since it opened, almost twenty-five years ago. (Yes, they've been together that long!) The food was delicious -- I can recommend the saag aloo (ask for it extra-spicy), the cashew nut sauce paneer (creamy and rich), and both the garlic and kashmiri naan. Oh, and the samosas and veggie sampler. Yum yum. 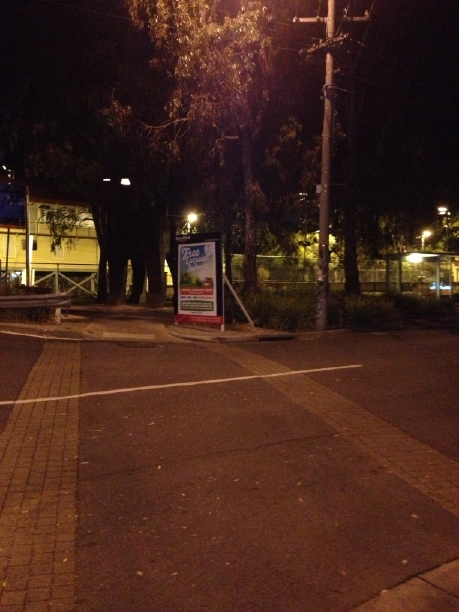 Not the clearest photo, but this is FIDO with his eyes glowing as we were coming home.