Facebook Instagram Youtube Twitter Patreon Shopping-bag
Menu
Is there a style called 'vintage academic' or 'steampunk librarian?' If there were a store that specialized in that, I would basically live there, especially if their prices were cheaper than Anthro's. Every season, even when I'm pretty broke, I try to buy one new piece of clothing. Often it's secondhand, but this year, I fell in love with a new piece at Gap -- their grey cardigan with tan elbow patches. It's a great weight -- thick enough to be warm, but not too bulky. It has pockets to slip your keys and phone into, and buttons, so you can close it up when it's chilly. 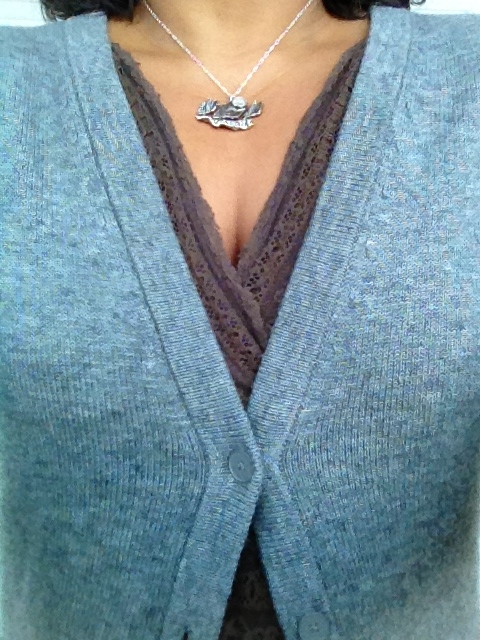 And when you pair it with a brown lace dress, with a Laurie Toby Edison Chinese junk moonstone necklace, silver nail polish and brown sandals, you get to feel pretty awesomely stylin', I gotta say. 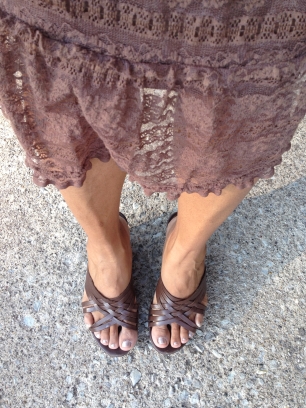 The funniest part is it's all designed to coordinate with my brown skin and silvering hair. :-) Someone told me when I decided to stop dying my hair black that it would change the way I dressed, and they were right. I'm wearing a lot more grey and silver, and I likes it.

Okay, I'm confused. Laurie's website is all about her photography, which is awesome, but I can't find any mention of her jewelry, which is also awesome. This is the second of her pieces I own, and I LOVE them both. (Update: Laurie sent me a link to her jewelry journal!) 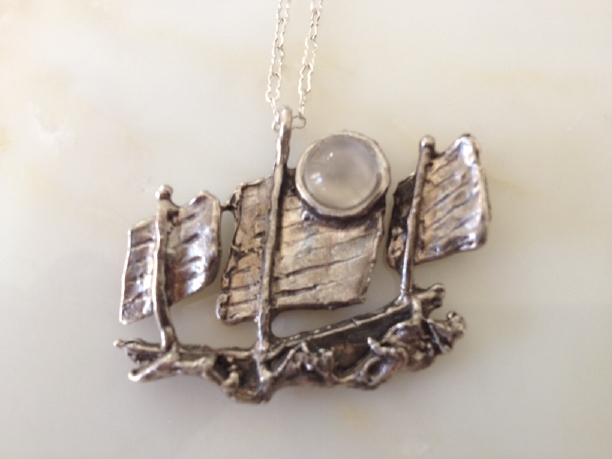 The other piece is a 'shamble', based on a Terry Pratchett concept, sort of a spiderweb of wire, with a tiny white bead for an egg. A shamble (also called a shambles) is a handmade device used by witches, made of whatever's around -- leaves, feathers, beads, coloured paper, an egg or even a beetle. It's so cool. 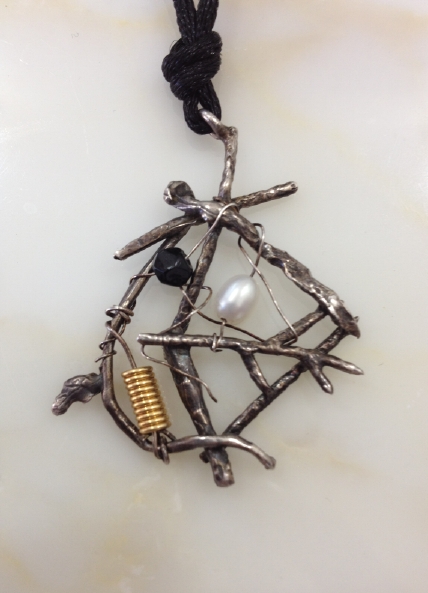