Facebook Instagram Youtube Twitter Patreon Shopping-bag
Menu
I woke up at 4 a.m. today instead of my usual 5. I have no idea why. I didn't even try to be productive right away; instead I lay on the couch with my tea and watched Dr. Who. Netflix has all of Dr. Who, or a lot of it anyway, so I went back to the beginning and started watching it again. It is much easier to keep all the connections straight in my head when I watch them one after another. I still find Captain Jack utterly delightful the second time around. Although there are definitely moments when I'm like -- but, you have a TIME MACHINE. Surely you can go to another point in the sequence and intervene? You are not making any sense at all! And then I remember that it's Doctor Who, and I calm down.

After that was getting up and weeding for an hour (which it turns out I can also do while watching Dr. Who on the Kindle Fire with headphones, thanks parents for my Christmas present, it is awesome), doing dishes (ditto), and then hanging up my new hanging-up thingie. It was driving me crazy that all my gardening tools were on the floor, even if they were in baskets in the little airlock, esp. because the other day Anand came up to me with the big lopping shears (still locked shut hooray safety catch) and I totally freaked out because you could cut your fingers off with that!!! He can't actually open the door to the airlock, but it turned out Kavi had left the door to the airlock open.

One of the hazards of parenting is when you think you've baby-proofed everything but then they grow a little and then they can reach things they couldn't reach before but you didn't realize it and the next thing you know, they're wandering around in the neighbor's front yard. (I now tie our backyard gate closed with string. Because Anand can work the latch. Sigh.)

Anyway, new tool hanging-up thingie (aka Wilcox Entryway Modular Storage) is awesome. My wall used to look like this: 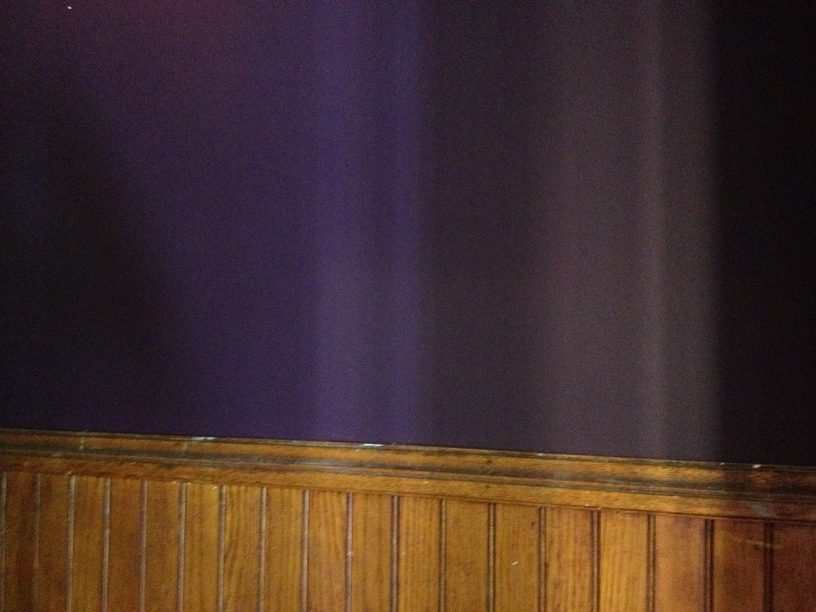 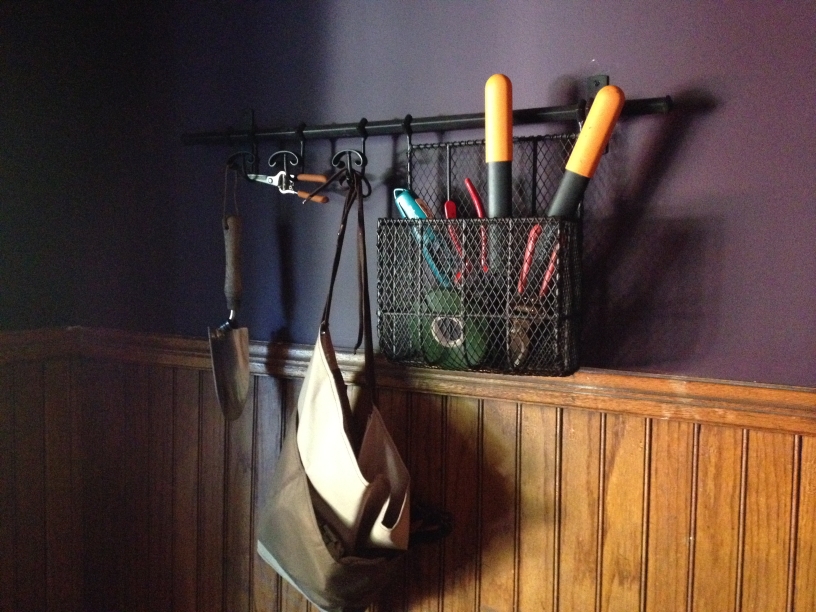 Far above the reach of teeny tiny hands. I think it would look a little better if I'd hung it two inches higher, but then it would be too high for short me to reach inside the basket and get my garden tape. Ah well -- function is more important than aesthetics, if I have to pick. And it's still pretty.