Facebook Instagram Youtube Twitter Patreon Shopping-bag
Menu
Added some pink and magenta monarda, aka bee's balm, to my garden. I was a little afraid that the name meant bees love it (as much as I in theory support bees, I don't actually want to garden amongst them), but luckily, the name actually means bee's balm is good for alleviating the pain of bee stings. Whew. 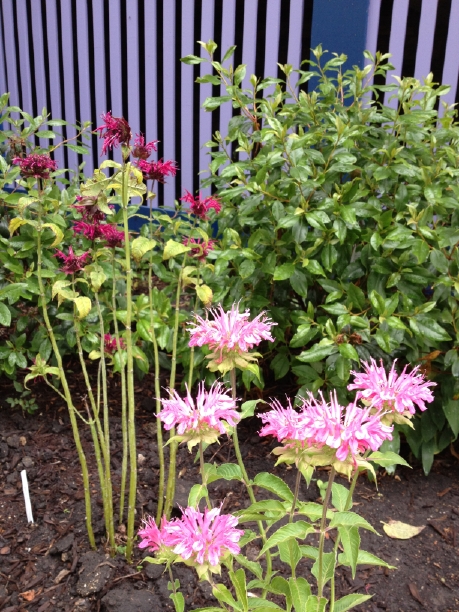 It's apparently good for all kinds of things -- Wikipedia tells me it was used as a tea by the Oswego native Americans (hence another name for it, Oswego tea), it contains thymus, the active ingredient in mouthwash, so you can chew it for fresher breath, and it smells spicy-sweet and attracts hummingbirds, especially in the scarlet variety. I would much rather attract hummingbirds than bees! 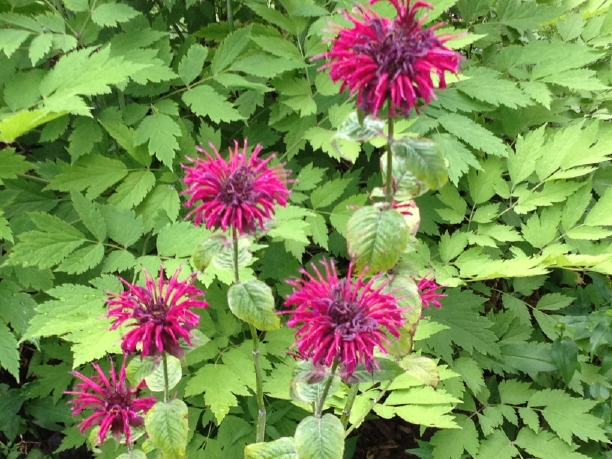 Apparently, "Linnaeus named the genus Monarda in honor of a 16th century Spanish physician and botanist, Nicolas Bautista Monardes (1493-1588). Monardes never went to the Americas but was able to study medicinal plants in Spain because Spain controlled navigation and commerce from the New World." (http://www.wildflower.org/plants/result.php?id_plant=MODI) Oh, those wacky colonialists... I wonder what the Oswego natives called it. They did get there first.

I think I'll add some echinacea soon -- they pair beautifully, as in this cottage garden. I suspect I've planted my monarda too close together, as they're supposed to spread pretty rapidly, but they're also supposedly easy to divide and transplant, so if they get too crowded, I should be able to move some to the back yard. Yay!