Facebook Instagram Youtube Twitter Patreon Shopping-bag
Menu
The past week has mostly been reading and cleaning out the basement. Books read since Monday: Little Bee, Little House in the Big Woods, The Immortal Life of Henrietta Lacks, A Civil Contract and I'm now working on In the Bleak Midwinter (murder mystery by Julia Spencer-Fleming, which I'm liking very much). Basement cleaning has encompassed the craft room and the workout area. Unfinished basements are kind of disgustingly filthy, I'm finding. Cobwebs everywhere! Progress has been made, which is satisfying, and there's even a clear space now for wrapping Christmas presents. But there's a lot more to go.

In the meantime, here's a $40 IKEA Erslev rug I stencilled. I'm not sure where I got the stencil -- either Royal Design Studio or Cutting Edge Stencils, I think, but a quick search is not finding it again. I think the reusable stencil cost about $30 too, which would be a better price if I could think of somewhere I might actually reuse it. It'd be nice if there was a local exchange service for used stencils! I probably don't want this same exact pattern somewhere in my house, but I'd totally be willing to trade for many other patterns.

I used a half-can of leftover Farrow & Ball paint from my dining room (Brinjal), which I don't think I'd recommend. It'd clay-based, and it goes on thick and takes a lot to cover solidly. I think you'd probably do better with regular house paint. And you might want to mix it with fabric medium, although that seems like it could be expensive. Others have found painted rugs to be nice and soft to walk on, but mine is emphatically not -- it's quite stiff. That works okay for an outdoor rug, but I wouldn't want it indoors.

Stencilling it took me about an hour of labor-intensive work. Kind of fun, but also painstaking and messy. I wasn't going for a super-solid look -- if I were, it might have taken an extra hour. I was okay with the paint going on unevenly and some of the original white showing through.

I'm reasonably happy with the result, and I might even stencil a rug again someday. But if I were doing it for indoors, I'd want to experiment a bunch first. 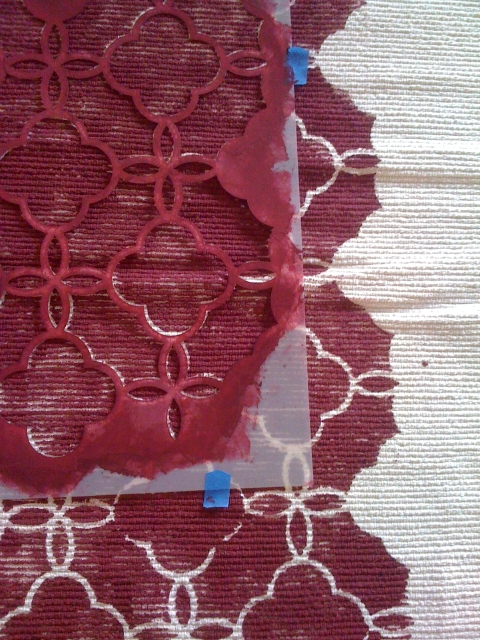 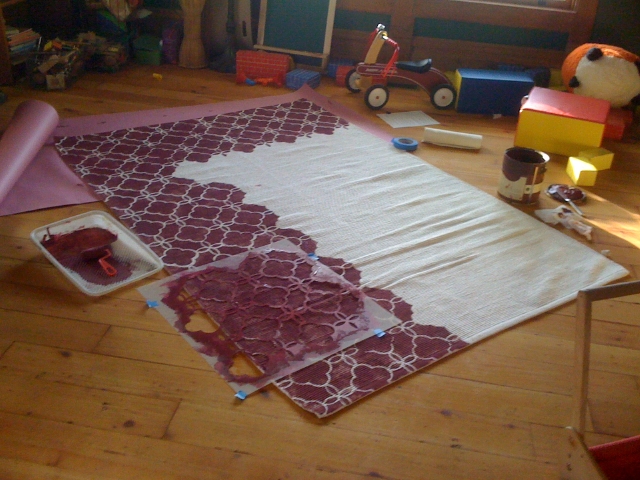 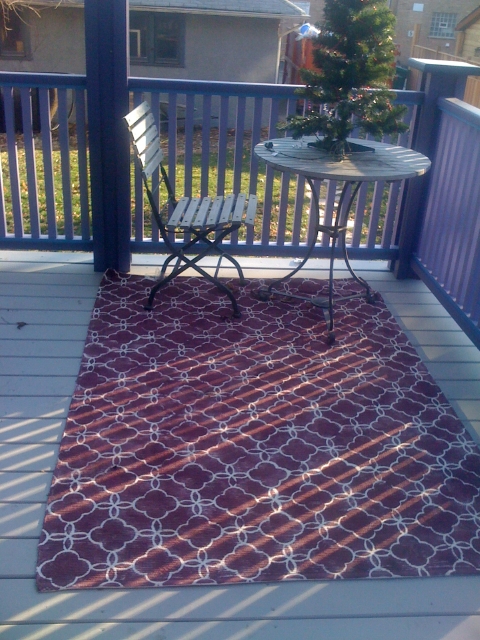 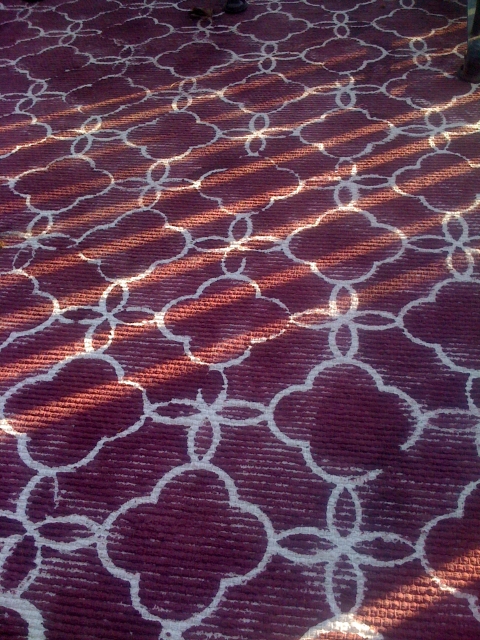 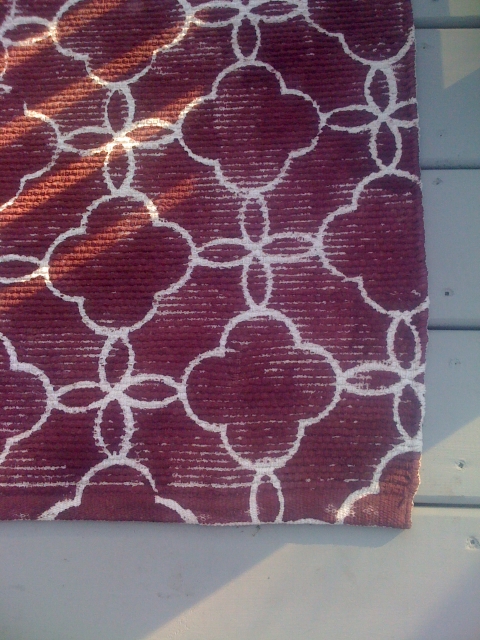 2 thoughts on “The past week has mostly…”