Kavi on the swings, the park at Randolph and...um...Kenilworth? Somewhere around there. 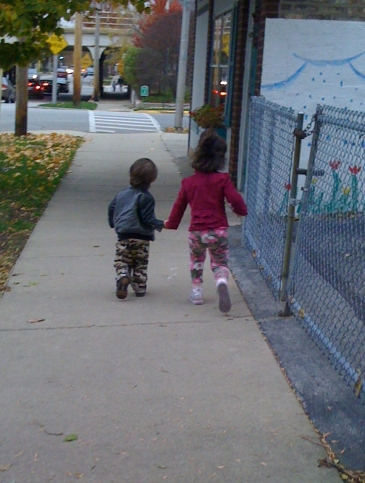 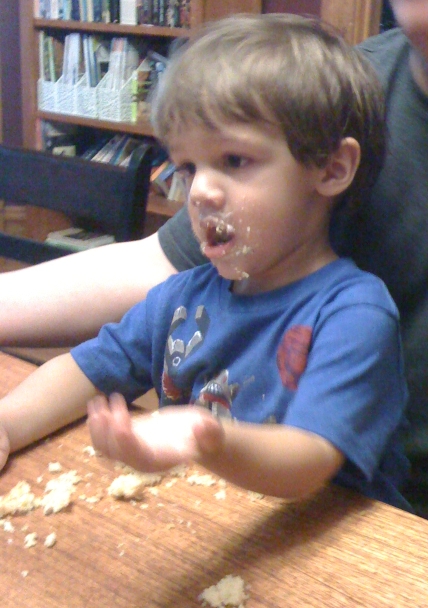 I call this "Kavya Among the Weeds." This is what my backyard looked like, up until very recently, with some weeds taller than me. Now the backyard looks like a blasted wasteland -- the painters have been hacking down weeds whenever they got in their way. Next week, the landscapers come with masses of new soil, and sod. I can barely imagine. 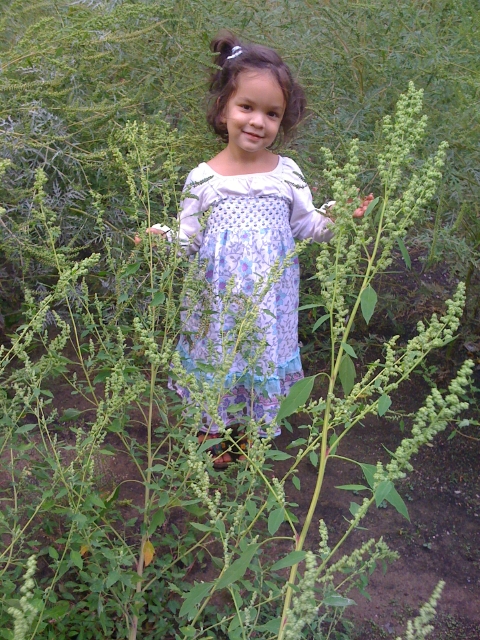 Some random wandering about town. I do love that it's just three long blocks from our house to downtown Oak Park. And that there's a grassy park halfway there. 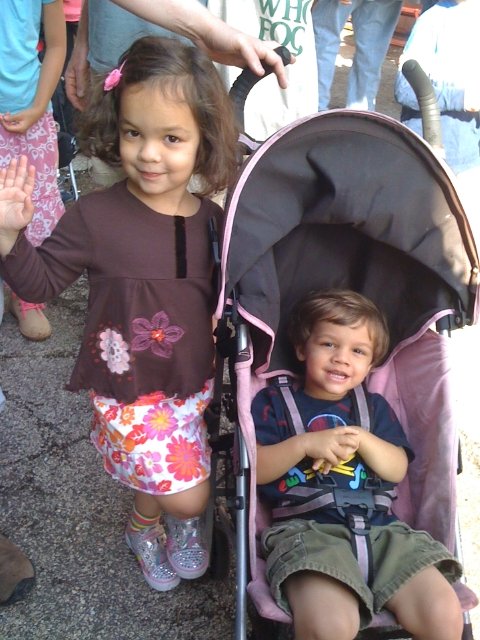 I cleared out the eat-in area of junk, preparatory to contractors actually finishing it. The kids immediately climbed in and started playing there, which is a little nerve-wracking, because we still need to build up the back for safety, but is also reassuring, because that area is mostly for them, and it looks like they'll like it. 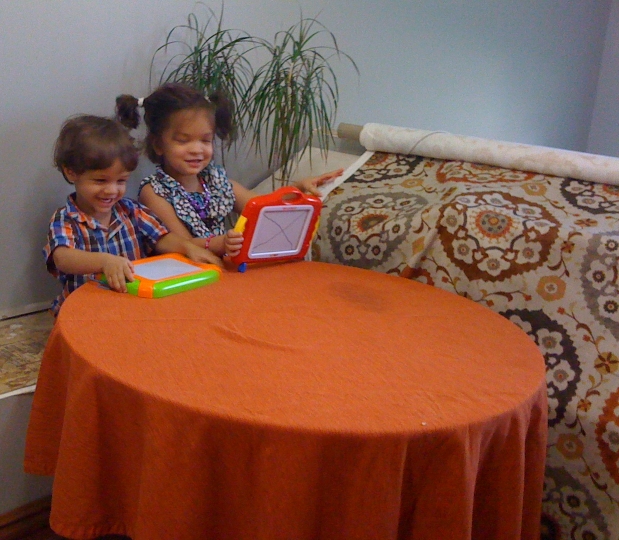 Look at her posing so pretty. You'd never guess that twenty minutes later she'd be howling and hurling herself about, trying to avoid getting her shots. She survived it, though, and the next round isn't until she's ten or something. By that point, hopefully I won't have to physically hold her in place. 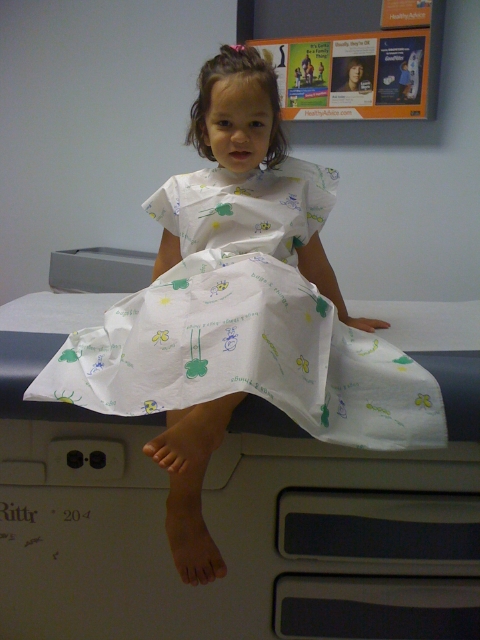 I brought the plant stands into the living room and set them up for our tropical plants -- last week, it was getting too cold for them (although if I'd known we'd get this monster heat spell this week, I might have left them out a bit longer). The kids immediately climbed on board. Thankfully, after the first day, they seem to have forgotten that the stands can be climbed on. A relief. Sometimes I get a little tired of how quickly they think of new ways to injure/kill themselves. 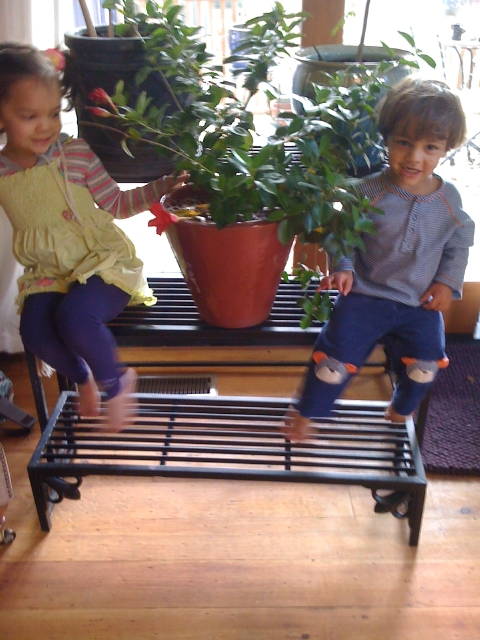 And this is not an iPad ad, I swear. I just love this pic. Anand is so engrossed, and the two of them look so cozy. 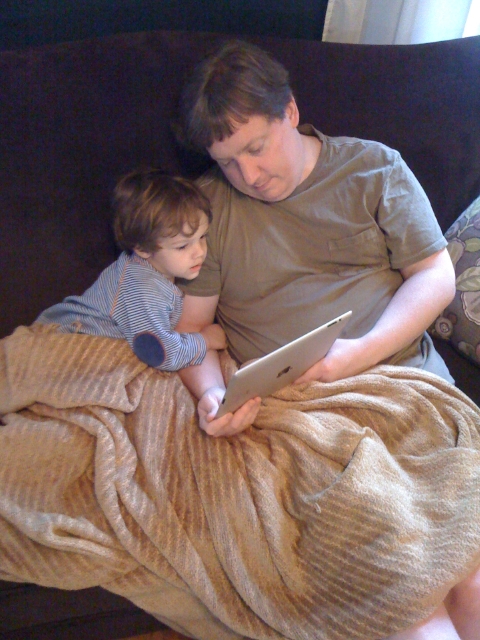