Menu
One of our dining chairs broke underneath a guest (embarrassing!) -- the others were rickety too, so since then, we've been looking for replacements. We were aiming for a mismatched (yet coordinated) look, which is admittedly tricky to pull off. I found two chairs I really liked at Nadeau, solid rosewood with metal jali work in the back. The seat is wood slats, and could probably use a cushion, which I will sew when I get a chance. 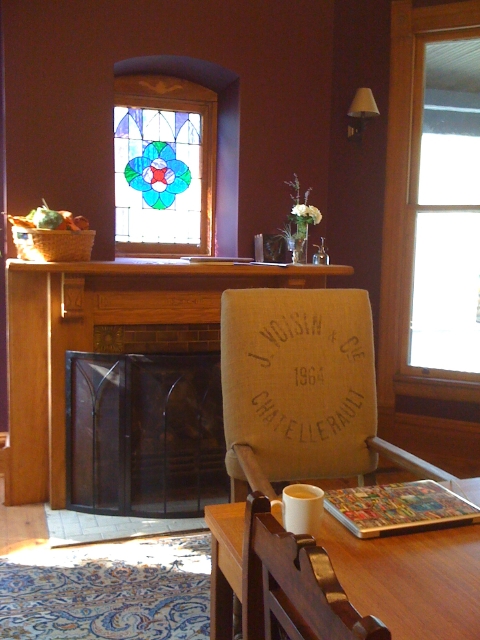 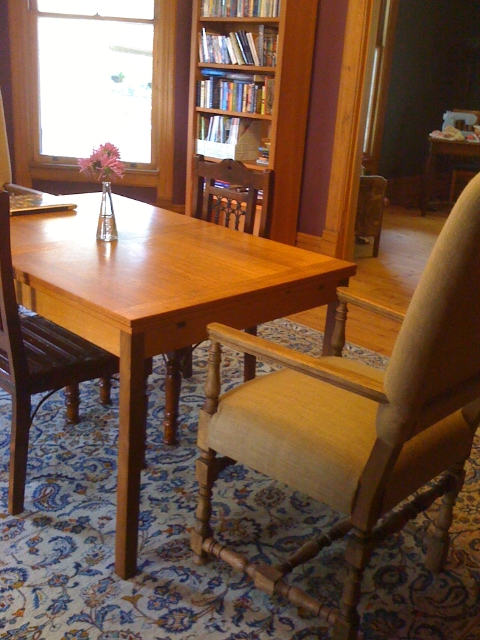 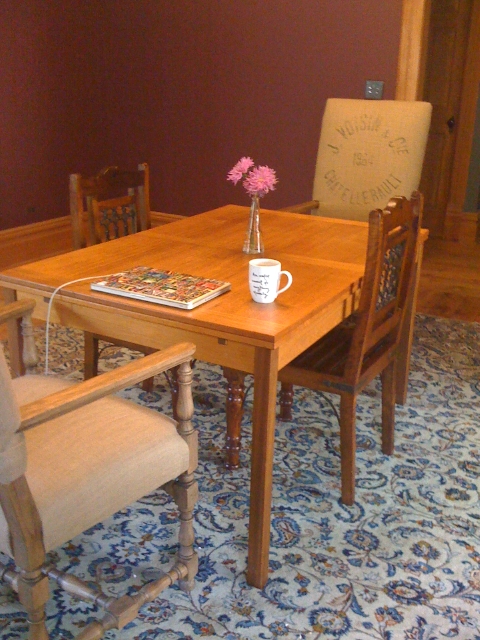 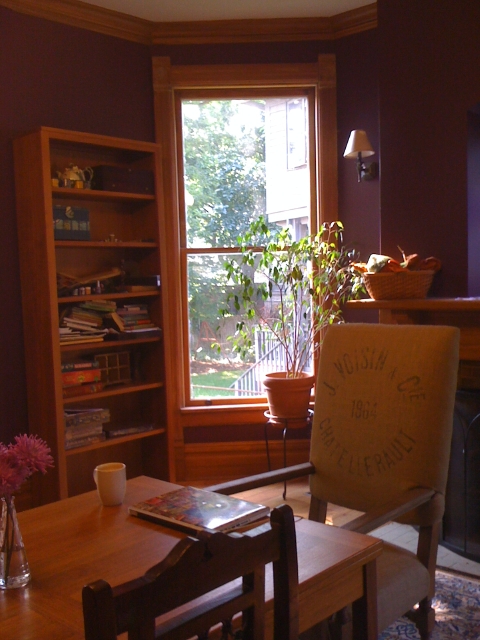