by Sunday: just a little ibuprofen

Monday: no painkillers at all

Tues and Wed: back to the percocet

Why the change you ask? When you were healing so well? Because I am an idiot, I reply. Here's a summary of events:

So that's why, after healing remarkably well, I've now set my recovery back several days. Hopefully this won't result in more scarring or other complications, and has just cost me a few days of extra exhaustion and pain. I'm not sure what the moral of the story is. Don't make decisions when you're exhausted? (Except sometimes you have to.) It's okay to let your child be a little upset? (Except when it's not.) Sitting in the back of the bus always leads to trouble and grief? That is not a lesson that's likely to be widely applicable to the rest of my life.

At least she was happy, briefly. 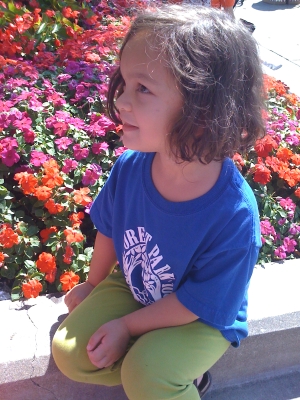