Menu
Our new house has a lot of light. Which is lovely, and something we designed for -- a lot of old Victorians tend to be kind of dark and cramped, and we were doing our best to keep the Victorian aesthetic while still maintaining the feel of openness and light. I think we succeeded, which is great, but all that light also comes with lots of sunshine, which in the summer really heats up your house. So curtains have become a necessity in several of the rooms. Also, the neighbors are really quite close, so bathrooms and bedrooms also have privacy concerns. Honestly, I don't care so much what they happen to see for my own sake, but it seems rude to force them to catch glimpses of our unclothed bodies. So, curtains galore.

Do you know how expensive it is to buy curtains for an entire house? It's insane. Thankfully, we have IKEA, at a quarter to half the cost of other local options. Anand's room, for example, with two windows requiring a total of four curtains, cost $40 total. Plus tax. I heart IKEA. And when we want something more interesting, we can sew.

Actually, sewing comes in handy a lot. IKEA supposedly has a no-sew hemming option, but it involves an iron and I didn't really trust it. So for the living room sheers (we're probably going to add heavier curtains later), I hemmed them. I hemmed them twice, actually, because I measured wrong the first time, oof. Measure twice, sew once. Learn from my mistakes, young grasshopper. 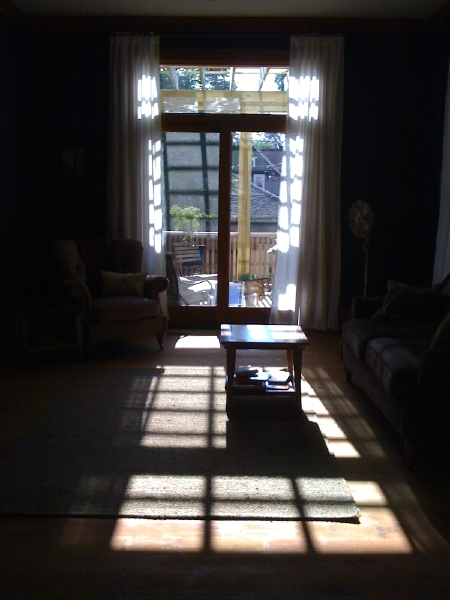 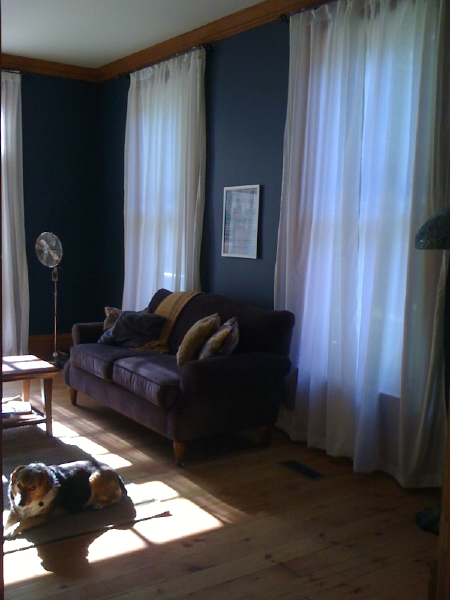 Kev doesn't really like the stark white against the dark blue walls -- it's a bit too nautical for him. But there'll be less of that once we add the heavier curtains. IKEA has a dark blue velvet one that might work (the idea being to maximize the feeling of spaciousness in the room by having the curtains blend into the walls, rather than functioning as a separate design element), but the room is too tall for me to hang them (or we need a taller ladder), so we're waiting for Kev to have time to do it. Hopefully soon.

Sewing also came in very handy in Anand's room, because I have taken a sudden inexplicable dislike to tab-top curtains. I have no idea why; there was a period where I loved tab-top curtains, and it was the only thing I would buy. But now, don't like 'em. I was frustrated, because the curtains I wanted for his room only came in tab-top -- but then I had a brilliant flash of inspiration and realized I could easily sew the tab tops down in the back, making the kind of curtains I actually like best at the moment, but which I don't know the same of. Like this -- the first pic is the tab top on one side, and the new style on the other: 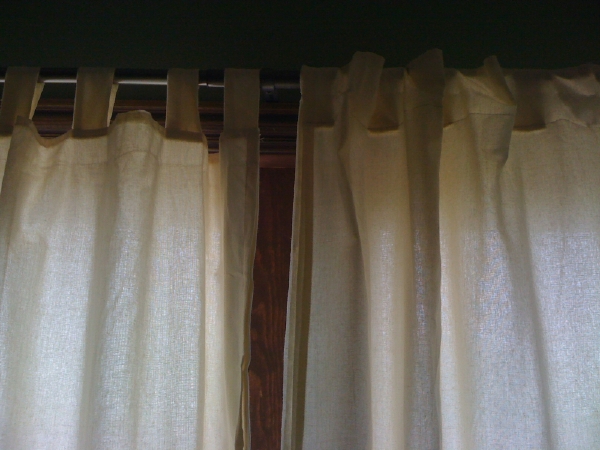 Here's me folding over the tabs and sewing them: 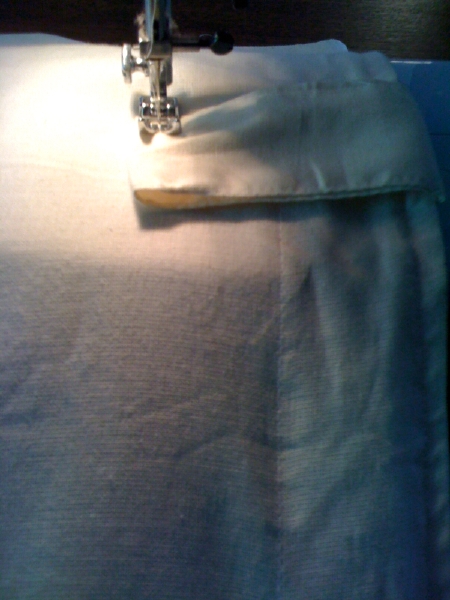 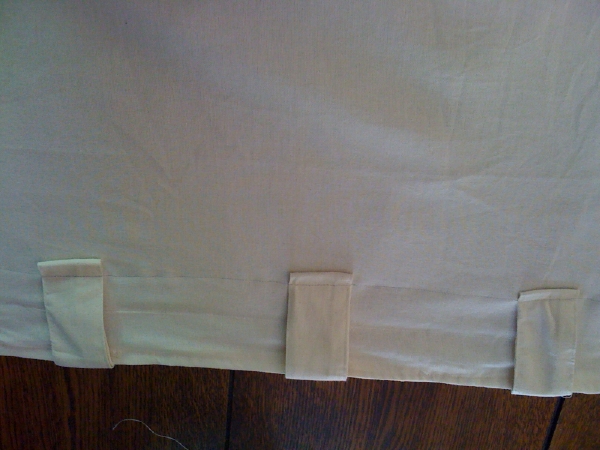 And the finished curtains in Anand's room: 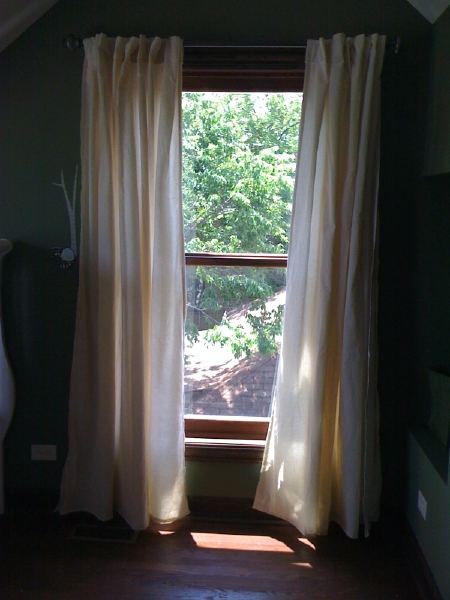 Even when there's no sewing involved, sometimes curtain-hanging can be a bit arduous. The curtains for the master bath (and also, I think, for our bedroom and Kev's study) are unbleached linen drapes. I love the look of them, but they were horribly crumpled out of the bag and looked terrible. So I dug my iron out of a box and tried to iron them. Almost impossible to get out the creases. Very frustrating -- please picture me bending over the guest bed where the curtains are spread out, spritzing them repeatedly with water from a small spray bottle, ironing and re-ironing to little effect for at least an hour. And then I realized that I could toss them in the washer (I'd already washed all the curtains once before sewing / hanging them, but I'd also dried them, which was my key mistake here), and then just dry them to dampness. And then they ironed beautifully (and quickly!), to this result: 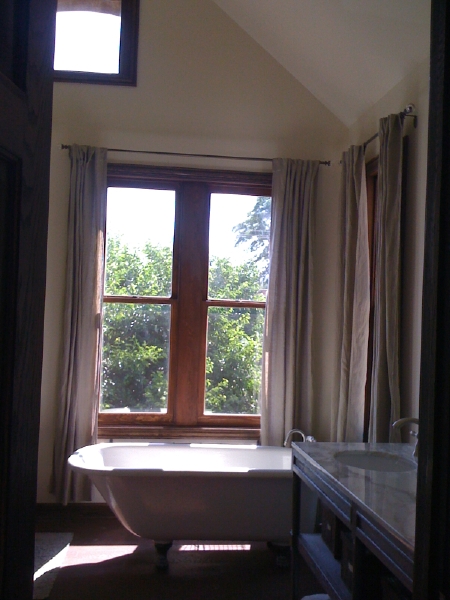 The unbleached linen curtains were $50 / pair at IKEA; similar curtains (probably finished a bit more nicely and perhaps a higher grade of fabric, but still) are around $150 / pair at Restoration Hardware. Just for comparison purposes.

I really love the finished result on these. And that's probably enough curtains for this entry -- coming soon, the bathroom floral sheers, Indian block-print in my study, and Kavi's cheerful pink-green florals.

7 thoughts on “Our new house has a lot…”