Menu
It's January, and a gardener's fancy lightly turns to trees that are probably too big for her house, but which would, in future years, provide lovely pink-red flowers in late winter. What do you think of these? (The first is actually a low-lying shrub, and will almost certainly fit somewhere. The rest, I'm not so sure of. My yard is not big.)

b) Bodnant viburnum (Dawn?) -- up to 10 ft. tall, but apparently the flowers will wither in extreme cold. Cool first image below courtesy Michaela Medina @ The Gardener's Eden, reprinted by permission. 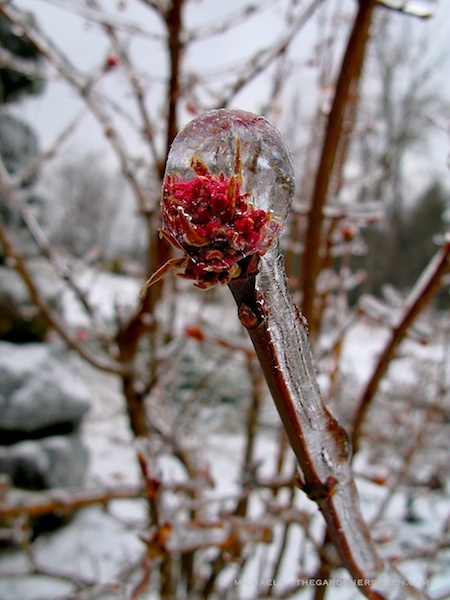 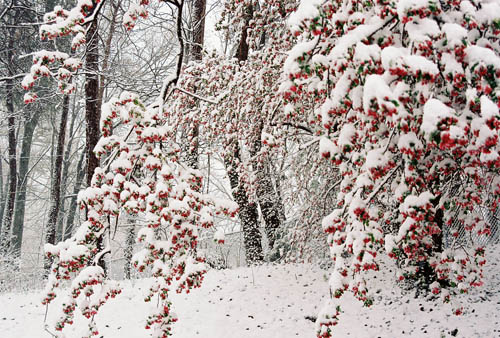 c) Witch hazel (Diane?) -- red-flowering, up to 20 ft tall; recommended against a background of evergreens 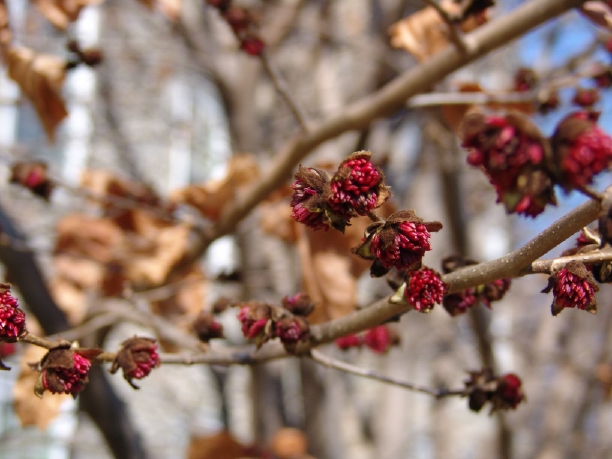 I'm wondering if there are good spots for any of these in my front yard. Would be lovely to have some winter / early spring color and fragrance. Maybe on the north, to replace that row of tall screening shrubs we'd planned, which now seem a little forbidding and boring? I'd rather give my neighbors flowers to look at.

We took out the flowering shrubs that were there, because the parkway trees cast too much shade, and so they only flowered way up high, where you couldn't see / smell them. But I don't think that would be a problem for winter-flowering shrubs, which should get tons of sun. I don't want to just do a wall of shrubs, though. Hmm...