Facebook Instagram Youtube Twitter Patreon Shopping-bag
Menu
I love floor plans. I think they satisfy the same urge in me that had me sprawled on the floor as a kid, spending hours upon hours drawing maps, especially maps of fantasy lands.

One of the fun things about renovating a Victorian is that it's totally period-appropriate to put in Gothic details. The Victorians were just as mad for Gothic stuff as I am; they adored medieval churches and castles and such. And while some Queen Annes are very curvy, ours is more of an Eastlake Queen Anne:

- "A Queen Anne building is noted for its extensive use of curvilinear, slender profile forms, whereas the Eastlake is often noted for its geometric, more massive forms"

- "Eastlake promotes a peculiar kind of furniture and interior decoration that was angular, notched and carved, and deliberately opposed to the curved shapes of French Baroque Revival Styles"

- "The Stick-Eastlake Style, popular from about 1860 to 1890, is sometimes considered to be a High Victorian elaboration of the Gothic Revival style."

Our house already has a variety of small Eastlake details, in the door and window hardware, the main staircase, etc. That's part of why the turret we're adding is square. (Also because then it matches the house across the street, good for coherence, and because it maximizes usable space in my study.)

So, anyway, we're going to indulge in a few Gothic details in this renovation. Specifically, in the stained glass windows I'm making for the house, which will have elements like Gothic arches, rose windows, diamond panes, etc. And in two structural elements, in the master bath, and the library.

Here's the master bath plan (this is entirely new construction, set above the new mudroom, one of the major additions to the house; there was no room for a master suite in the original house): 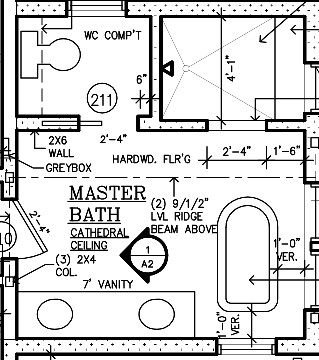 And here's the view of the pocket door to the toilet enclosure, and the opening leading to the shower: 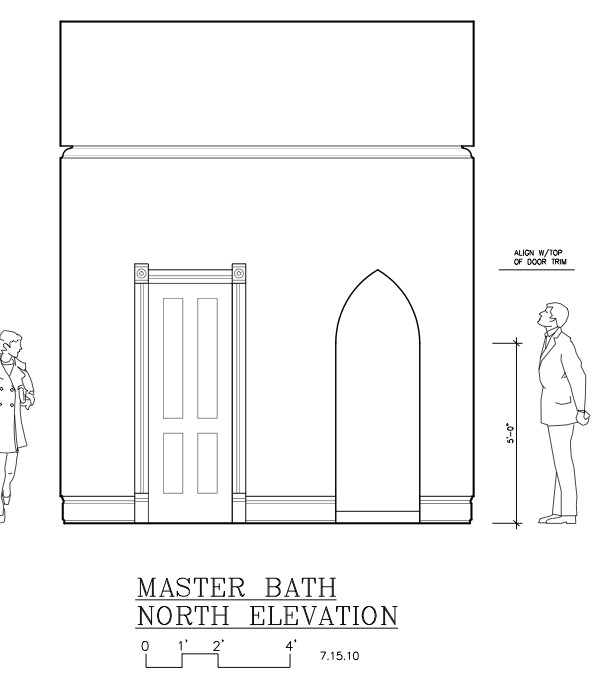 There won't be a curtain or door in front of that opening; the water source is to the left, behind the wall, so that with luck, not much water will escape to the bathroom. We'll see -- if I have to, I can hang a curtain, probably high, and fabric, and on a long rod, so I can sweep it entirely away from the opening. But I'm hoping we can just skip that entirely. I like lots of airflow in my shower; too much heated air makes me dizzy and faint.

We're still waffling mightily on what kind of tile to put inside that enclosure. I'm leaning towards a limestone cut into large blocks, but am also considering a marble or other stone accented with small crushed glass tiles that have a beautiful medieval look. I love this, but they might be too pricey for us (sorry the second photo is a bit blurry): 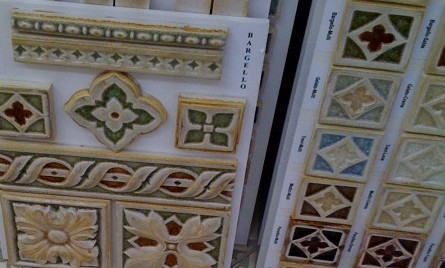 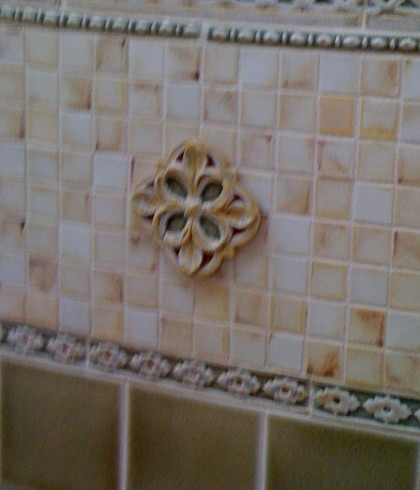 In the library, we went with Moorish arches instead of Gothic -- suited the space better. But I think it carries a similar feel. This is the floor plan: 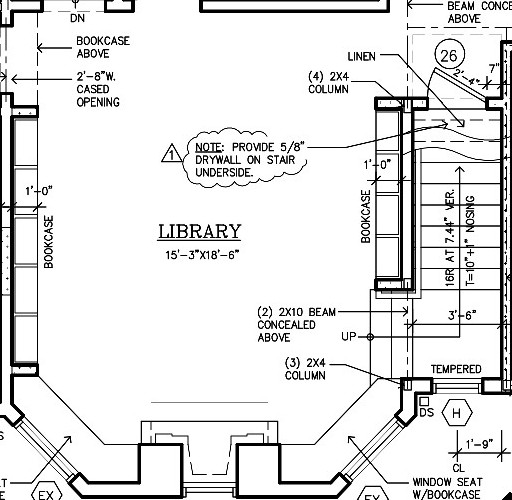 And this is the sketch of the library shelving: 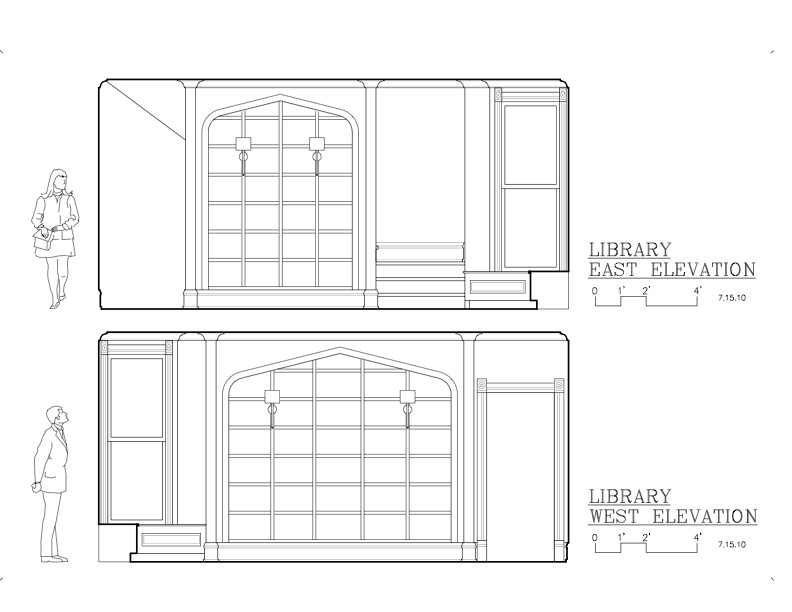 We lose a little bookshelf space with the arches, but I think we gain in pretty. This photo (from This Old House was the inspiration:

Picture that in stained dark wood, with a big old library table in the center, a pair of tall dark chairs, the original stained glass window above the gas-burning fireplace, and this light fixture (which we got for free, woohoo!) hanging in the center of the room: 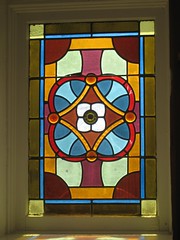