Facebook Instagram Youtube Twitter Patreon Shopping-bag
Menu
It's been a little while since I've put any photos up -- and in fact, it's probably been a month or so since I've even taken any photos of Kavi. Whoops! Must start documenting again. There'll be an onslaught of picture-taking this weekend, with the relatives visiting, so that omission should be corrected very quickly. 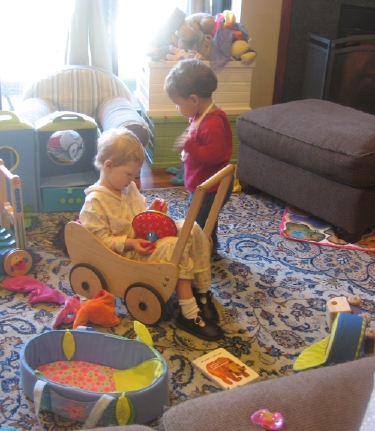 Here Kavi and Ellyra (Paul and Marcia's daughter, who stayed with us during AWP), make a joyful mess in our living room. Kavi hasn't quite gotten the hang of playing with another child yet, but she's getting a little better at letting other kids play with her toys. A bit. Sometimes. 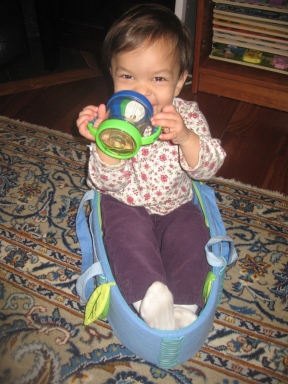 Some of her uses of her toys are creative. She's climbed into her doll's bed here -- she does that a lot. I suppose it's only fair, since Ellie climbs into Kavi's chair pretty often. 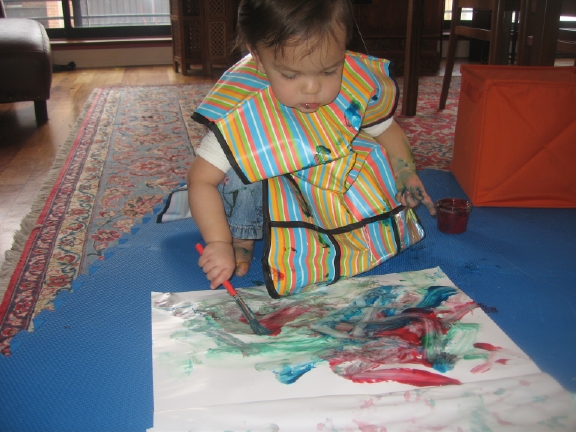 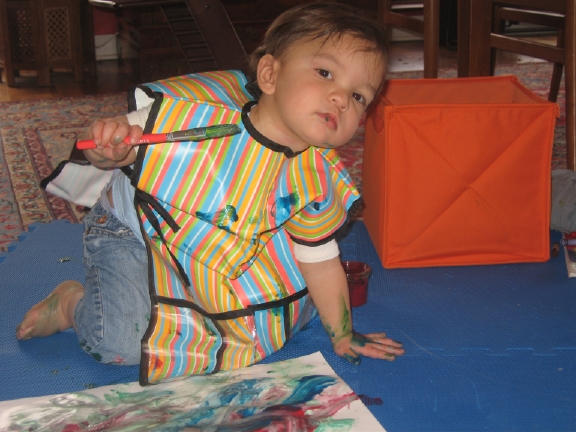 She loves messing around with paint, crayons, chalk. I don't have the patience for all the mess of fingerpainting very often, but luckily, Jarmila does. It's one of the best things about having Jarmila around -- she has much more energy for messes and their attendant clean-up than we do, and that makes Kavi very happy. 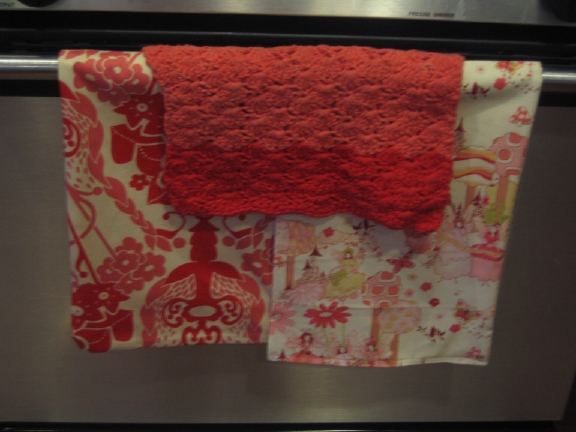 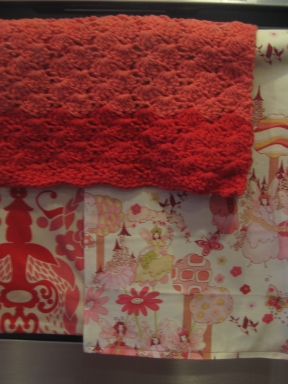 This was the last craft project I completed -- some Valentine's dishtowels. Bought the fabric at a little boutique fabric store nearby, and sewed them up -- that was quick, maybe an hour total to make four dishtowels, and I think they're adorable. The small towel I crocheted, and while I liked the way it came out, it's also half as long as I originally intended, because it was so boring to crochet. I'm glad I tried it, and I know some folks crank out tons of knit/crocheted dishcloths and the like, but I just don't have the patience. Good to know. Still, I like the way the set came out. :-) 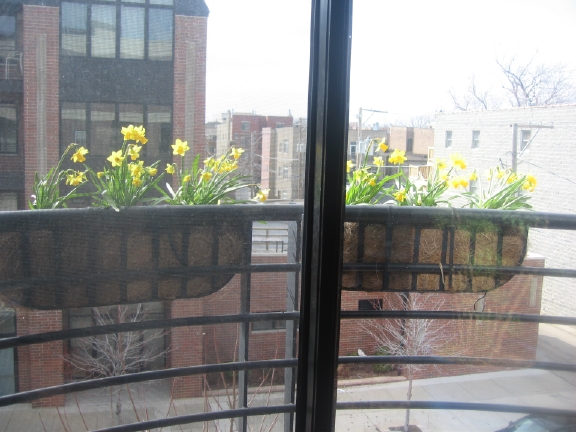 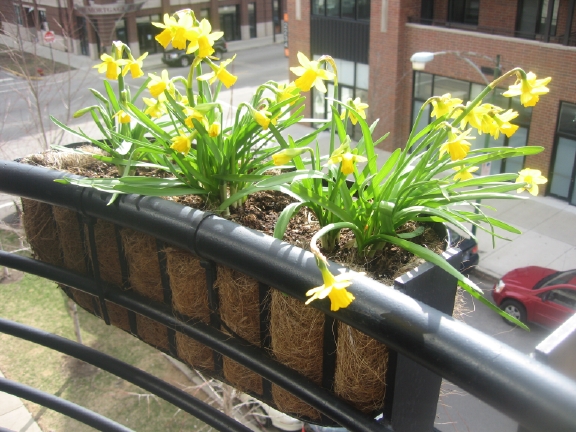 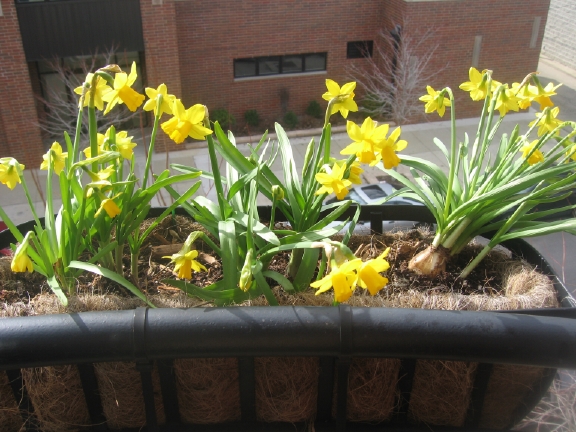 And these are just mini-daffodils, from our west windowbox. Lovely! Although it looks like the wind is pulling out that one bulb on the end -- better go fix that!

1 thought on “It’s been a little while…”