Facebook Instagram Youtube Twitter Patreon Shopping-bag
Menu
This is a difficult entry to write. Or perhaps simply a complex one, since it has both good parts and bad parts to it. Bad part first.

HarperCollins and I have been unable to come to an agreement on The Arrangement. After several revisions of the novel and numerous long conversations by e-mail and phone, it's become clear that they're not the right publisher for this book. So sadly, we're going to be taking it elsewhere; my agent has started showing it to some other publishers, and we're hoping to make an announcement on its new home this spring. HarperCollins will still continue to handle Bodies in Motion, of course, and may well publish other books of mine in the future; just not this one. 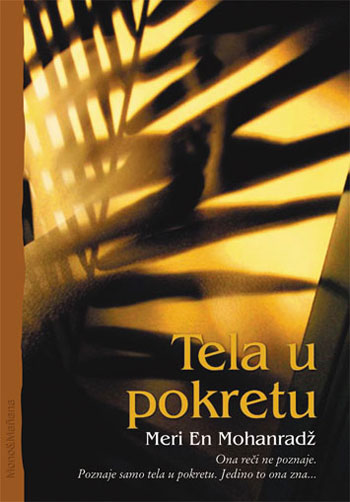 How do I feel about this? Well, it's been a long and frustrating process, no doubt. In a lot of ways, I had it really easy with BiM -- I came to HarperCollins with a finished book, they loved it, bought it, promoted it, and sold it. Aside from a few minor quibbles about covers and italicization, which got sorted quickly, it was all smooth sailing. I'm particularly pleased with the foreign rights department, who worked very hard to sell rights in six other countries; the Serbian edition, Tela u pokretu arrived here last week, and it just makes me so happy. I was delighted when I realized that we had sold through my advance in foreign sales alone; that's a huge relief for a author new to the big publishing world. The reviews were glowing, and everyone at HarperCollins was a pleasure to work with on BiM. In many ways, the entire experience was just what every little writer dreams of.

I was crushed when I finally realized that we weren't going to be able to come to a similar joyful partnership on the novel. It's hard to separate out my emotional responses about the novel news from a lot of other things that were going on last summer and fall; some family illnesses, some difficult conflicts with friends, and the early stages of pregnancy, with all the hormonal shifts that entails. Overall, it was just a difficult time.

I think that for the first time in my life, I really suffered from writer's block, though I didn't even realize it at the time. Oh, I did draft my first play last fall, which was interesting, but it was a completely new medium for me; I had no investment in it. I wrote almost no poetry, fiction or creative nonfiction at all. Since I first started writing more than fifteen years ago, I don't think I've ever gone so long without writing fiction. Every time I thought about writing some, I'd get stressed and depressed. I was constantly doubting myself, to the extent that I was scared to write at all. Scared that I'd put down the words and somehow get them wrong.

It's strange, the impact professionals (editors, publishers, etc.) can have. Friends have read and very much liked The Arrangment -- I know Karina likes it quite a bit better than Bodies in Motion. But it's hard to trust their judgement, and it's been almost impossible to trust my own. I haven't even wanted to re-read the book in the last few months -- and in fact, I'm not going to, until Bob tells me he's sold it elsewhere. I do still like it, even after kazillion drafts; I think it's a good book. I love the characters, but I'm so close to them that it makes it hard for me to assess it fairly. Maybe that's true for all authors and their writing.

Now here's the good news. The only reason I feel okay talking about what happened with The Arrangement is that yesterday, I started writing a new novel. I suppose, technically, I started it on Friday, when I wrote an outline for it. It's a book I've had in my head for a long time, centering on Kamala, one of the characters from BiM, and her family. It's in some ways similar to my other recent writing -- it has sex and family and history and culture clashes. It's very different in other ways.

With every scene I finish, I'm second-guessing myself in a way I never did before, which is no fun. But at least I seem to still be writing anyway. After months of not writing, that's a tremendous relief. I'm starting to feel like myself again. Let's hope it continues.

Here's a bit from the new novel. The names may change.

Tarani has always known two truths. They sit inside her chest like stones, one warm and golden, the other silvery-blue, like a chip of ice.
Here is the first truth -- her mother loves her.
She knows this because of a memory, old and paper-thin. Tarani is very small, and she is being held close, rocked back and forth. She has been sick for a long time, days and days, and the entire time, she has been held, rocked in her mother's arms. Her mother sings a lullaby, and though even then Tarani didn't understand the Tamil words, she can still, now, sing it back to herself. When she is sick, or tired, or, like now, homesick, she whispers it softly, soothing herself to sleep. Mambalam nala mambalam. Mama thantha mambalam
The second truth is that her mother does not love her. It takes no thin memory to tell her this. All the other moments of her life tell her.
Her mother loves her, and doesn't love her. Tarani has never been able to reconcile these two true things.

19 thoughts on “This is a difficult…”