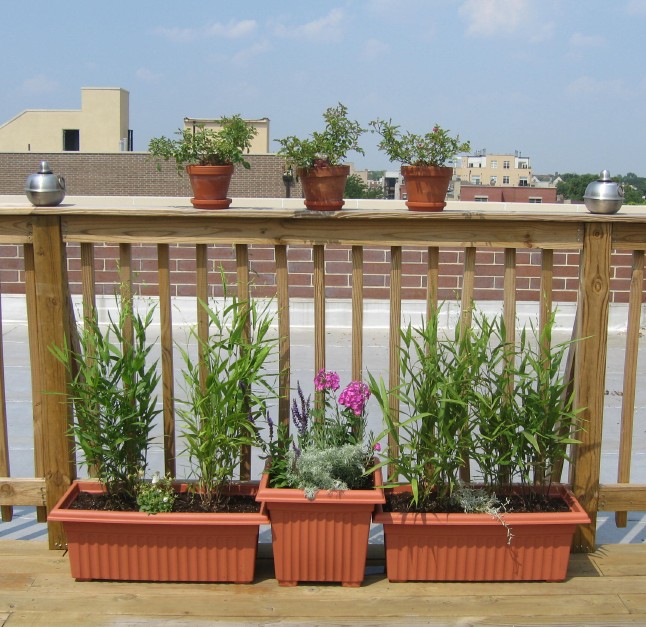 Had a minor meltdown yesterday evening at Home Depot, where we had gone to buy two hibiscus trees, but then Kevin suggested getting some perennials instead, pretty northern sea oats grass. This was an entirely reasonable suggestion, but I'd somehow gotten it into my head that that corner of the deck desperately needed color, and after some frustrating discussion back and forth, I burst into tears. Poor Kevin. He patted my head and told me it would all be okay, and eventually I calmed down. He assured me that it would be just fine if I wanted to get the hibiscus as we'd originally planned, but the truth was that I liked the sea oats too -- they're awfully pretty; they're just not colorful. So we found a good compromise, with a box of colorful perennials (lavendar, sage, a flowering pink thingie, silver artemisa) between two boxes of sea oats. And it was good. But oh, I am easily overset these days, as they used to say. It wasn't really about the plants -- I know that much. But I'm honestly not sure what it was about. Weird.

In book news, Lakshmi is going to interview me for Chicago Public Radio (WBEZ) on Wednesday; she said she think it'll air on Thursday. I'll try to get more specifics before it airs, hopefully. And Joeff the photographer came by this morning, and we spent a little over an hour photographing. Some of me standing in front of some glass block, some of me standing down in the parking lot with him shooting down from my balcony, some of me sitting or lying on a pile of sari fabric in front of my bookshelves. Mostly he told me what to do and I tried to do it. I hope my expression looked reasonably natural in at least a few of them; somehow it just so often goes weird in photos. Self-conscious. Maybe I should get drunk before photo shoots. We'll see which one the Reader decides to use. He's about to go out of town, but after he gets back, I may see if I like any of the other shots he took and see about buying one or two.