Facebook Instagram Youtube Twitter Patreon Shopping-bag
Menu
Ben and I took a very scenic one-hour train ride from Zurich to Basel on Monday evening, arriving at his home to be greeted by his lovely wife Esther (whom I won't be posting photos of because I didn't remember to ask her if it would be okay, but trust me, she's lovely) and his two-and-a-half-year-old daughter, Aviva. Who wasn't talking to me at all on Monday, but who warmed up on Tuesday. I'm afraid poor Esther was rather neglected as Ben and I spent hours and hours talking our tongues off about writing and publishing and spec fic and poetry etc. and so on. He's one of the few writers I know who is actively involved in both the literary mainstream (published in Harper's and McSweeney's no less) and spec fic, and I just find it very illuminating and energizing, talking to him. The conversation made me want to write, and even revived my energy about editing.

We stayed up talking 'til almost midnight, and then went to bed. I slept well, and in the morning, Ben went off to work, and I took the tram into Basel's downtown. Basel felt very similar to Zurich in style, on a smaller scale. There's perhaps a slight French influence (since it borders France), but it's definitely still primarily German-speaking. My first stop was at a fountain designed by Basel's most prominent artist, Jean Tinguely, which I promptly fell in love with -- you have to imagine all of these elements in delightful, excitable motion: 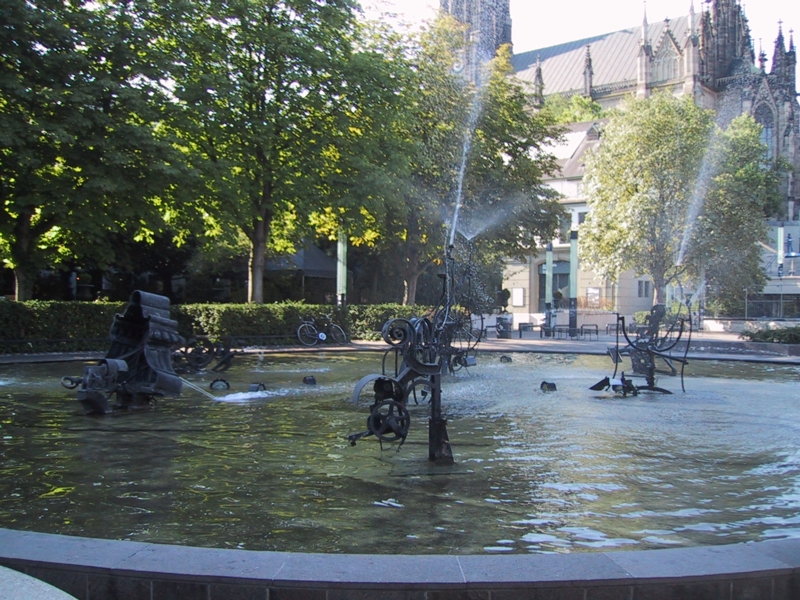 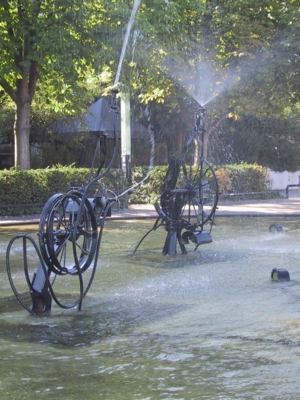 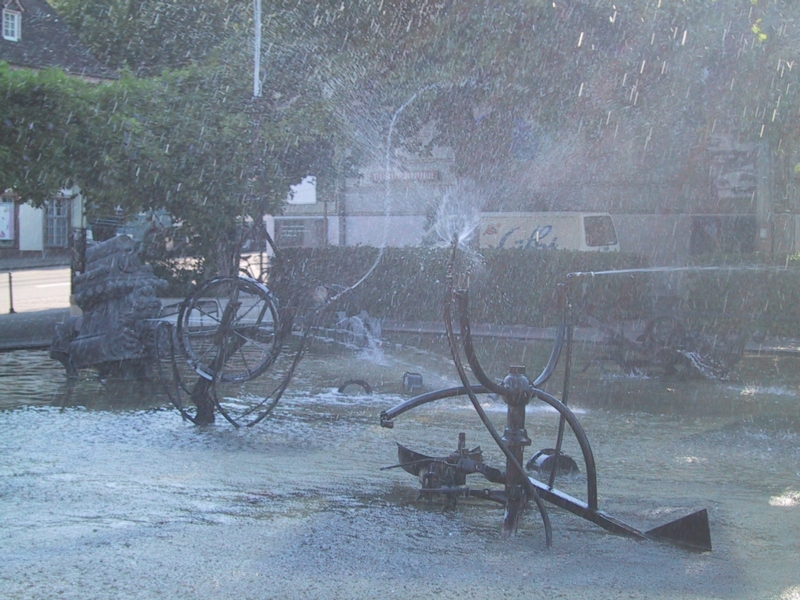 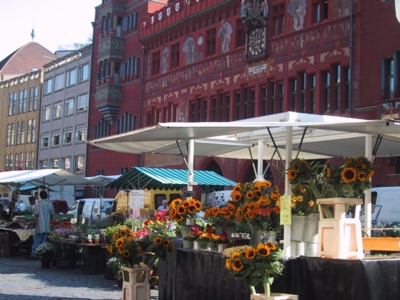 I was too thirsty to linger, so I wandered off along the cobblestoned streets, following the tram tracks to a coffeeshop in the marketplatz. I don't know what it is about Europe -- somehow things seem more beautiful, more intense here. Do you know that bit in C.S. Lewis's The Last Battle, where the children are encountering the worlds beyond Narnia, going further up and further in, and each one is a little more real, a little more intense? Somehow it felt like that, walking in the marketplace -- the flowers were more brightly colored, and more beautifully arranged, than they are in America. The fruits were more charming, the vegetables stranger, full of odd virtues. Even the stallkeepers seemed more appealing, the essence of what stallkeepers in a marketplatz should be.

It's a funny perception, and I know it's entirely in my own head. Kevin feels strongly that the fruits and vegetables aren't anywhere near as tasty as the ones we can find in Chicago, and he may well be right -- certainly the pears I bought the other day were rather dull and a bit mealy. Maybe it's just that they're all speaking in a language I don't understand, and that lends its own glamour to everything around them. Maybe it's that the streets and buildings are so very old, and I find that pleasing, soul-nourishing in a peculiar way. Maybe it is just like the faerie stories -- the beauty and glamour that seem so much more appealing than the mundane world of home, but which are ultimately unsatisfying in the end, and will doom you if you give in to them.

Ben and I spent a fair bit of time talking about Switzerland too (he's American, married to a Swiss woman), and it was fascinating, hearing what it's been like for him, the ways in which this country is almost an utopian ideal, and the ways in which he finds it frustrating, limiting. There are parts of Switzerland that appeal to me immensely -- the timeliness for one. The trams are always on time, to the minute. The neatness and safety, the sense of orderliness. But I suspect in the end, it might drive me rather mad. Ben says they have a much lower murder rate than the U.S., but that the suicide rate is at least as high. It's hard to remember that, though, in the marketplatz, with the sun shining. 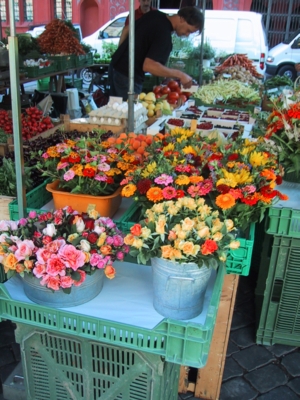 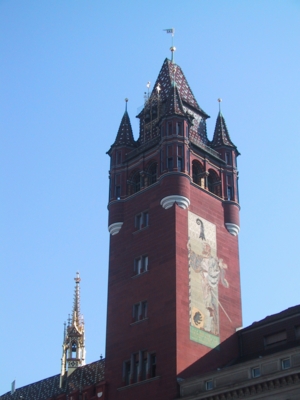 In the afternoon, Ben and Aviva and I went to the Tinguely museum, where we got to see many delightful moving contraptions. I have become a Tinguely fan, and was especially pleased when we got to climb inside one of the pieces of art. How cool is that? 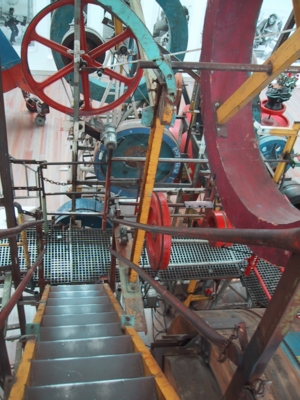 We also climbed inside an exuberant sculpture by Tinguely's very talented partner, Niki de Saint Phalle. After finishing at the museum, Ben and I lounged on the grass in front of one of the other fountains while Aviva ran around, and we talked for a few more precious minutes about writing and publishing and such. I think I've been a little starved for such conversation, since leaving Utah. I don't regret leaving, not at all, not a tiny bit, but I'll be happy when I can develop more of a writing community in Chicago. I've started, some, and Karen's not so far away, but oh, it would be awfully nice to have people like Karen and Ben and Jed and Paul living close enough for coffee and writing talk on a regular basis. That would be splendid. Maybe someday.

I should just be grateful that hanging out with Ben inspired me enough that I went back today and did some serious revisions on "The Princess and the Forest", putting it into much better shape than it was. It might even be submittable soon. And Ben apparently did some writing since we met up too, sending me a submission for the Blowfish anthology that he hadn't even planned on writing. I'm not sure how he finds time to write, when he's so obviously besotted with his beautiful wife and charming daughter, but somehow he manages it. And we're glad. 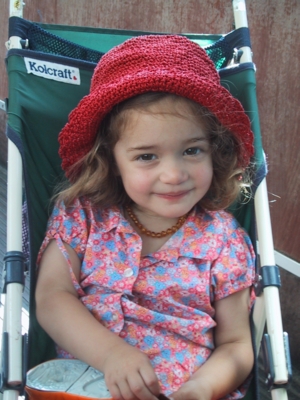 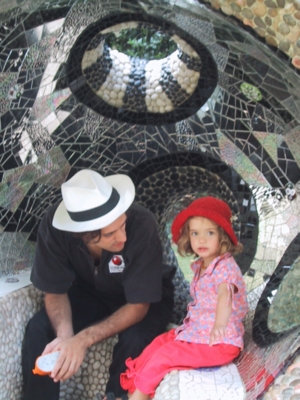 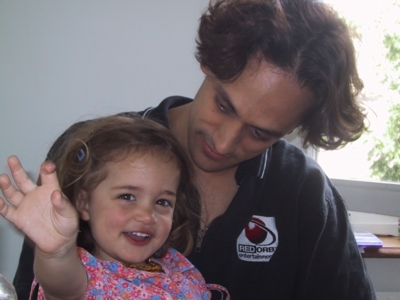