Oof. Radio interview done — I had COMPLETELY FORGOTTEN about it, so thank all the little gods that they called me and I happened to be in the house and not out raking leaves in the backyard. I don’t usually have anything scheduled on Mondays, so I hadn’t thought to check the calendar this morning. Eep.

All’s well that ends well, though — I think it went well.

I’ll note that we were on Google Meet instead of phone for this, and as a result, there’s a tiny bit of lag between me and the interviewer — it was really noticeable to me, and changed the feel of the interview somewhat, I think. (Since I just did a phone interview last week, I could compare the two.) They said Google Meet gave them better audio quality than phone often, but I wonder if that outweighs the lag effect. Hm. 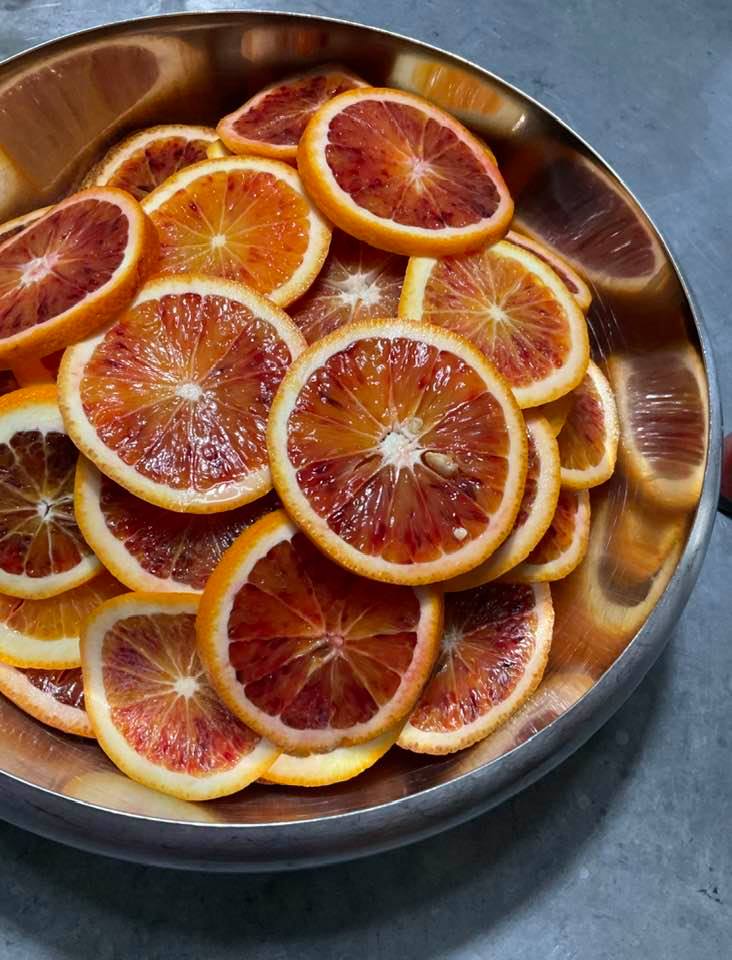 Happiness is going to bed knowing your passionfruit + dragonfruit marshmallow experiment came out deliciously, that you can almost certainly talk your teen into cutting them for you tomorrow (she seems to even like doing the cutting), and that you can get on with the next experiment, candied blood orange shortbread… 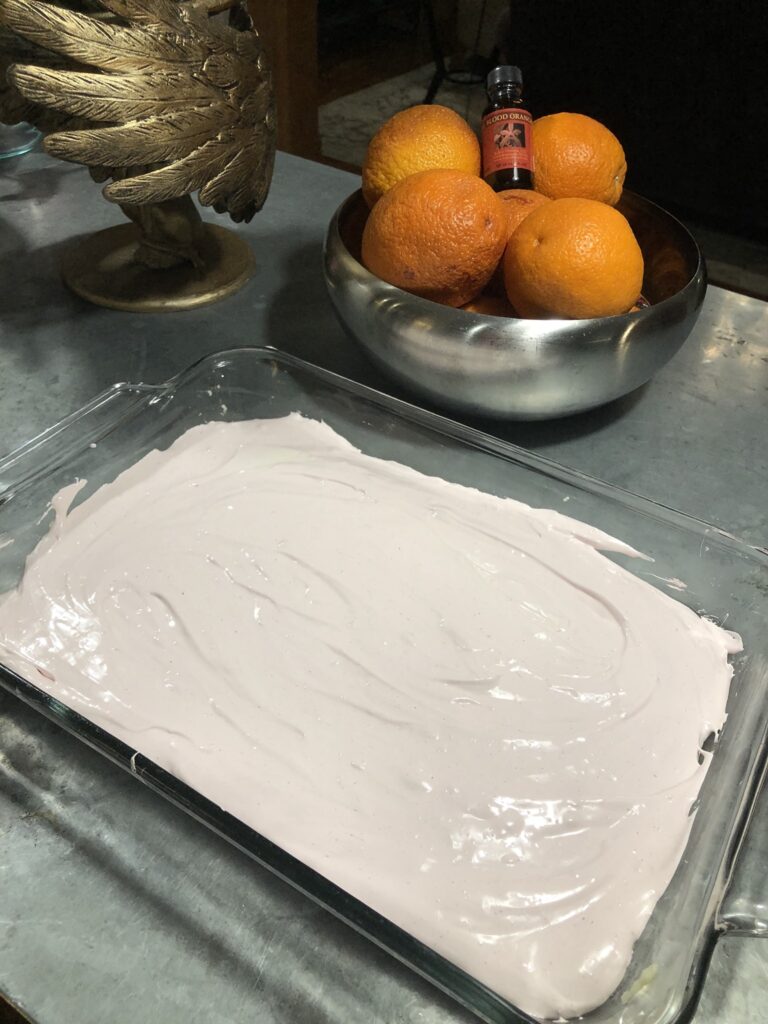 Um, I might be a little addicted to designing tea towels now. Help. Take this Procreate program away from me…

But really did want Autumn Logophile to complete the set with the Pumpkin Curry and Two Cups patterns.

They’re going to be nice hanging in my kitchen all together.

(Have ordered proof, so will be available on Spoonflower and in my shop once they process that.)

If you STILL have lots of green tomatoes left, after making my chutney AND my lentils, and you’re just not sure what to do with them, you could do worse than to just toss them in a Sri Lankan-inflected pork curry or stew. I didn’t measure much of anything here, so I can’t give you a proper recipe, but the end result was delicious. 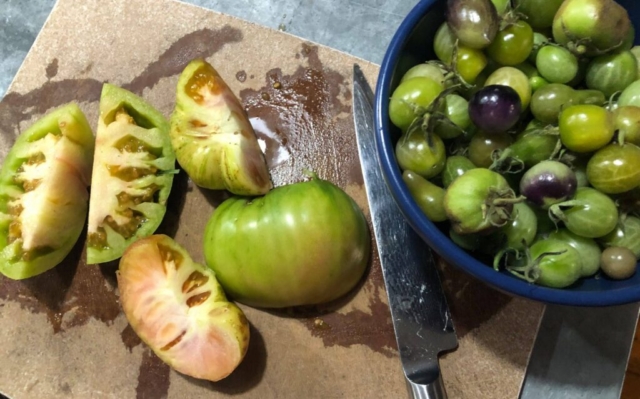 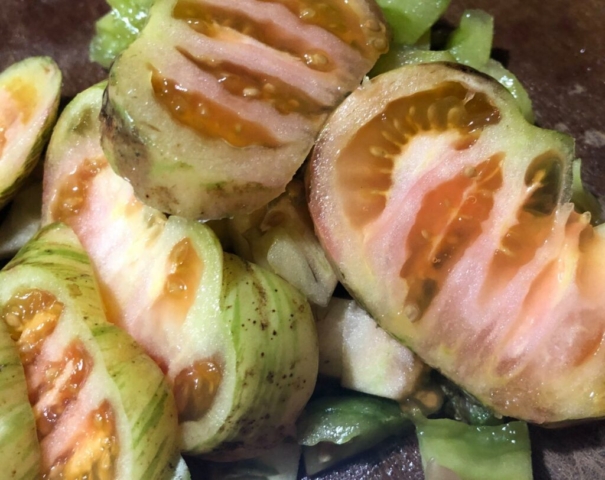 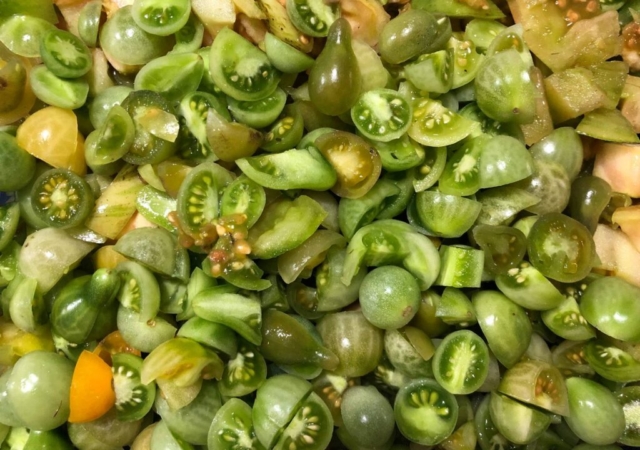 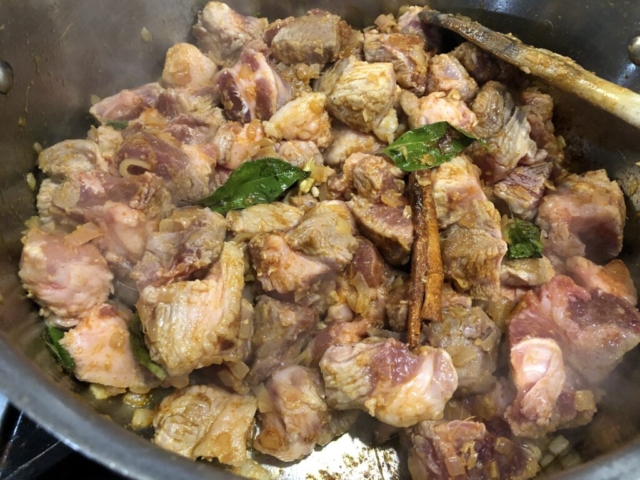 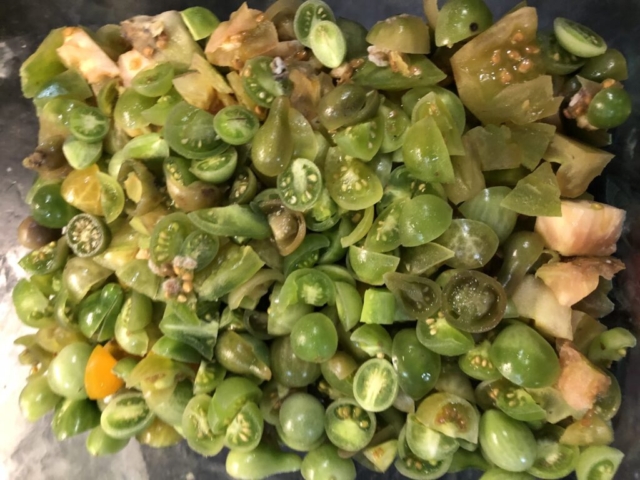 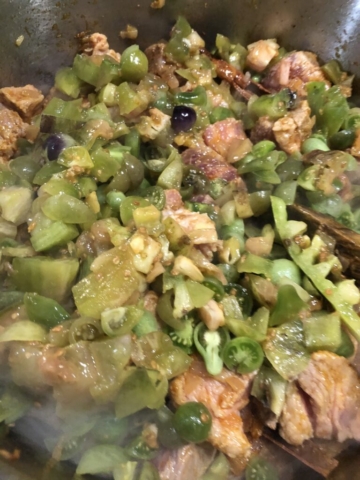 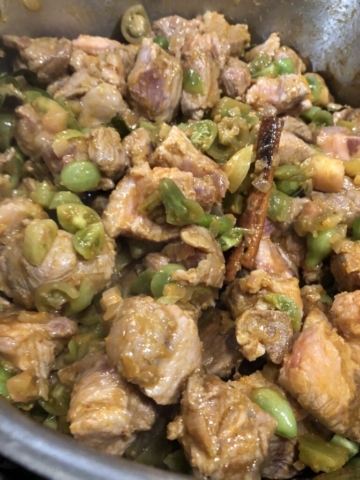 The BIG holiday package ($85) gives you:

(If you bought all these separately, this would be….$96.) 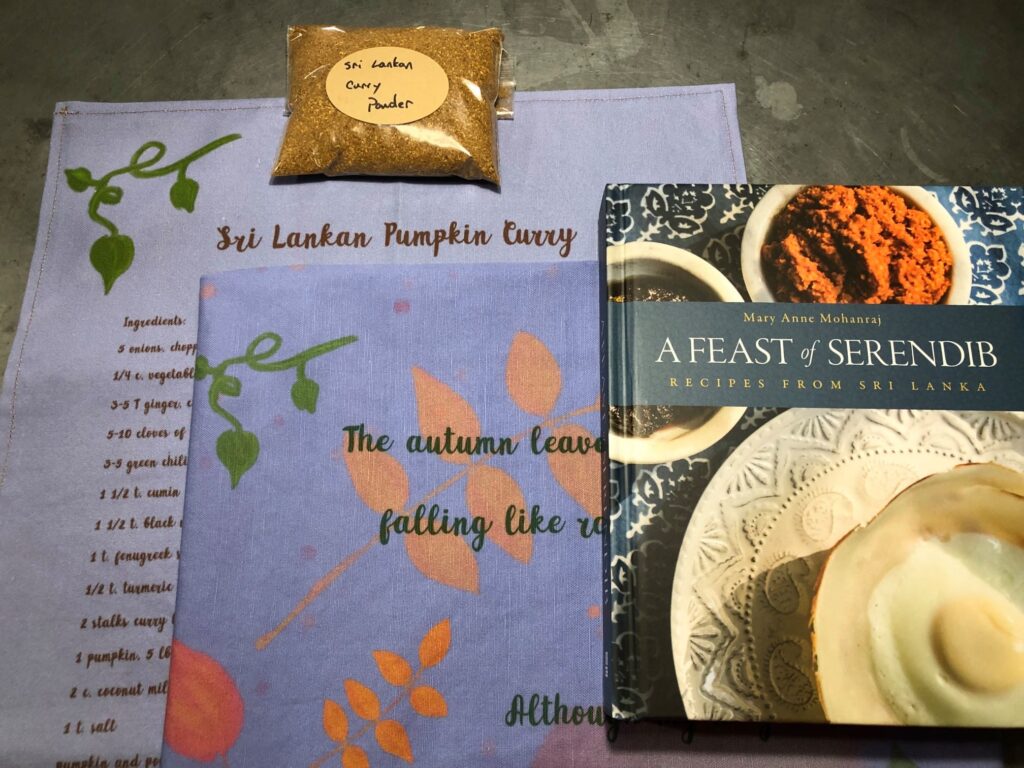 You never did learn to speak Tamil, despite your best intentions, but at least Appa will be happy to see you celebrating the language with these tea towels. 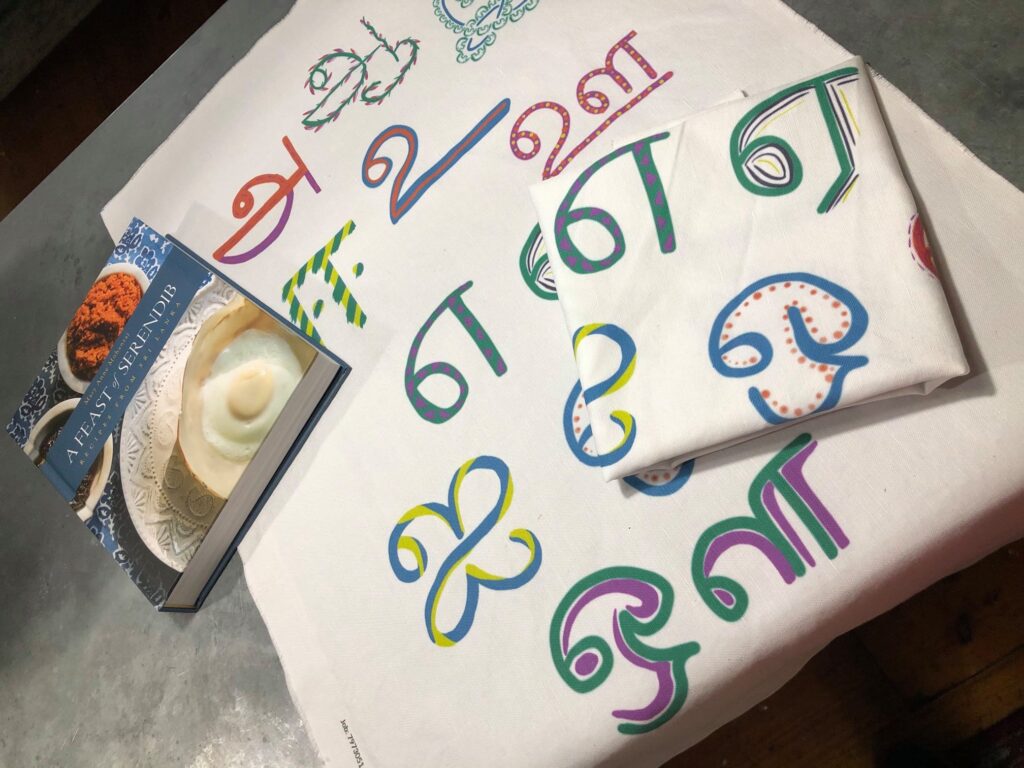 Then there’s your foodie friend, the one who’s hard to buy for, and has maybe had a hard year. I promise you, there’s nowhere else on the planet where you can get a Sri Lankan cookbook, homemade curry powder, AND a Sri Lankan pumpkin curry tea towel, all in one glorious package. 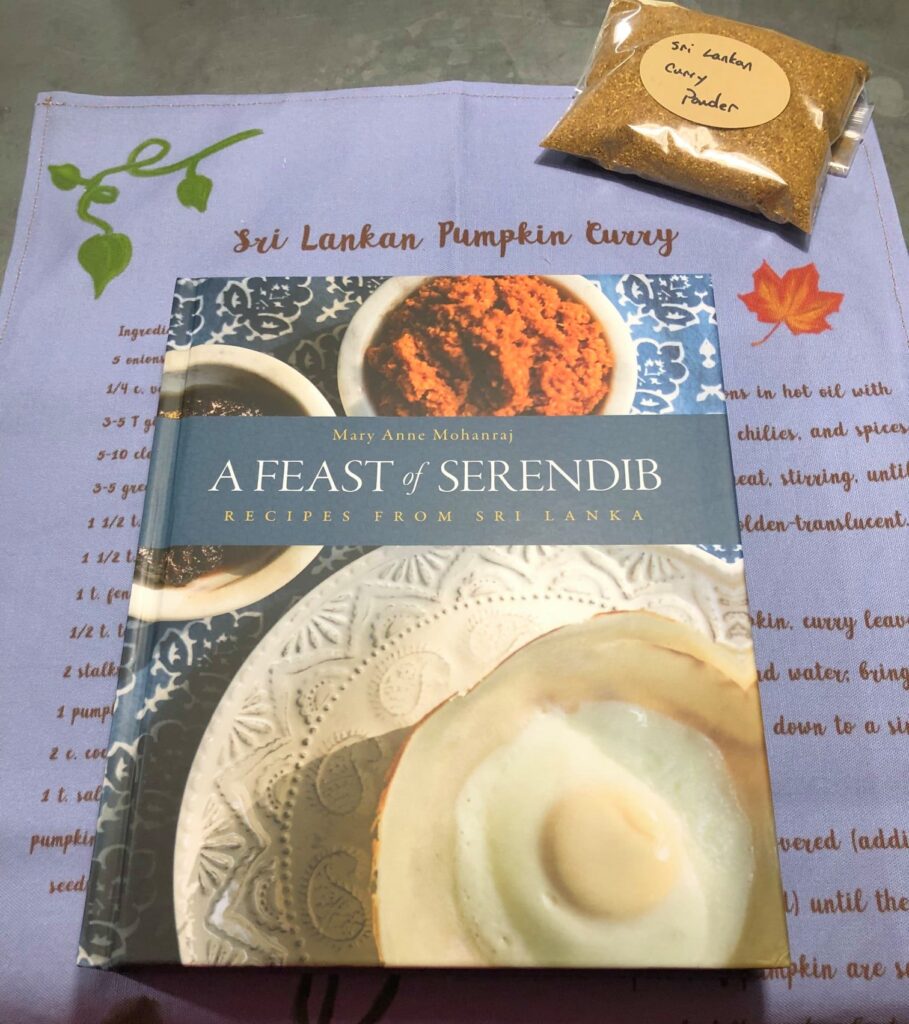 Sometimes you just want the big beautiful coffee table book, full of photos — my friend, the Feast hardcover is for you. And with your choice of tea towels; wouldn’t it be nice to browse this cookbook and simultaneously dream of building a writing shed? You can do both, at the same time, with this holiday package — $60 for a hardcover of Feast + tea towel of your choice. 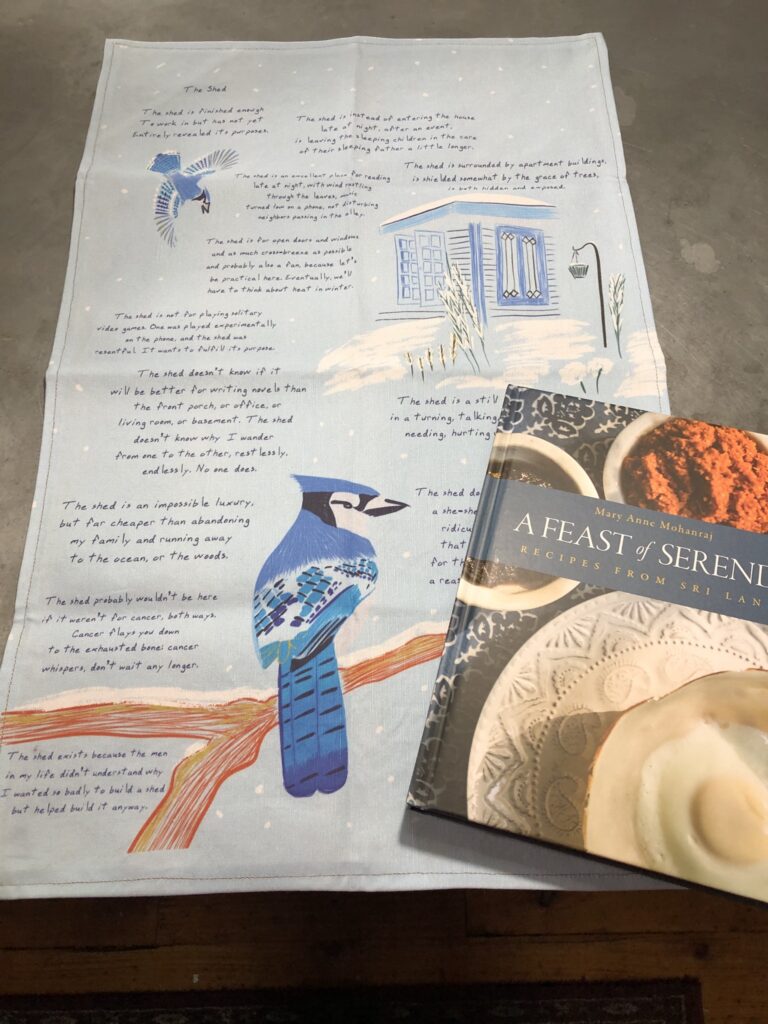