This is an odd sort of milestone; we’ve actually put a TV on our first floor, for the first time in the 10 years since we moved in.

However, it didn’t really work out that way; instead the four of us end up carrying our devices around with us and watching just as much TV, but on four different devices. Plus, Kevin is the only one who consistently remembers to use headphones, so it’s kind of noisy and annoying a lot of the time.

I’m not sure this will be any better, having one central device, as there’s nothing to stop other people from carrying other devices into the room. But I did end up snuggling with Anand and watching Moana for a while, and also snuggling with Kavi and watching Schitt’s Creek for a while, and Kevin and I made dinner together with Star Trek: Discovery on. So far, I actually think the first floor TV might be better for family togetherness. We’ll see!

I do think it’s going to be nice for me working on recipes in the kitchen as I’m now facing the TV from the island. I also got Kevin and Kavi to re-orient all the furniture in the room 90 degrees, which kind of feels like redecorating the room without spending a lot of money on it. 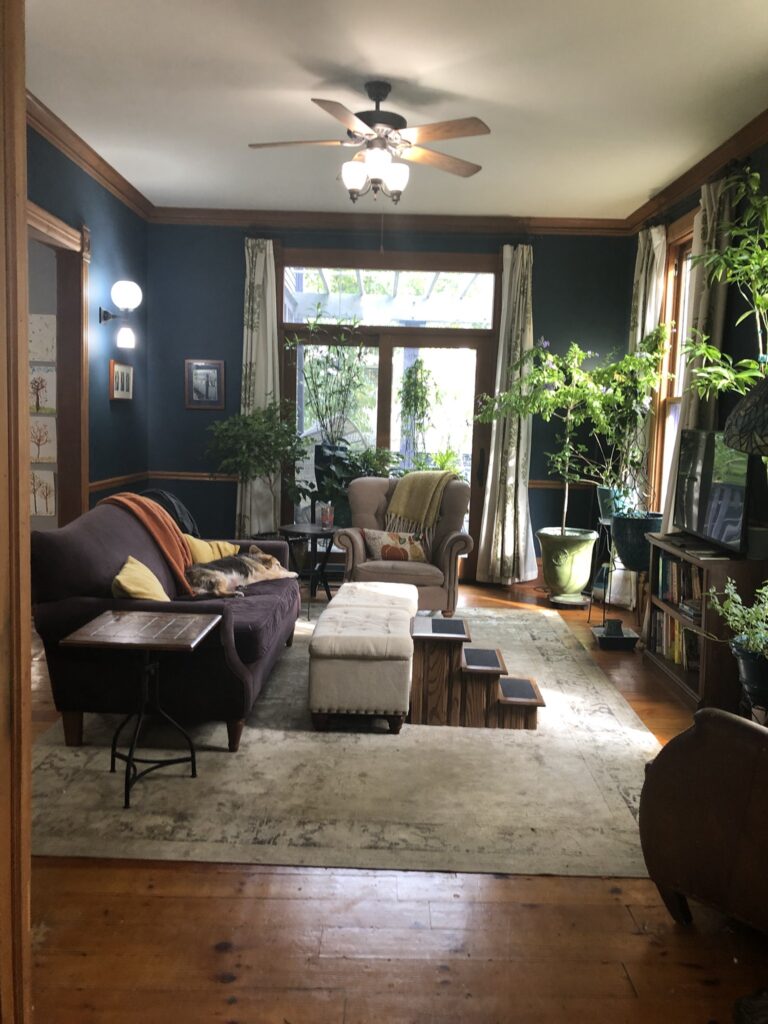