Spent three hours (!) yesterday recording another podcast episode with my co-host Benjamin Rosenbaum and perennial guest Jed Hartman. We’re getting ready to launch a Kickstarter VERY SHORTLY — I think on the 15th, if I can get everything together in time. It’s exciting! Also a bit nerve-wracking.

We’ve recorded a full season, at least, over the summer and fall, and while there’s still editing to do, it’s coming along nicely. If you can like / share / comment on the Kickstarer when I post about it, that would be very much appreciated. This is part of the SLF’s Portolan Project, so the SLF has been covering the video / audio editing costs so far, but we really need to actually raise the funds to cover it now.

It would’ve been nice to do that in advance, but it’s hard to ask people to support art projects without showing them what it’ll actually look like. I suppose that’s true of a lot of business, that you have to go a little into the red when you’re starting up. Makes me anxious, though — I’d love to get us back into black quickly! 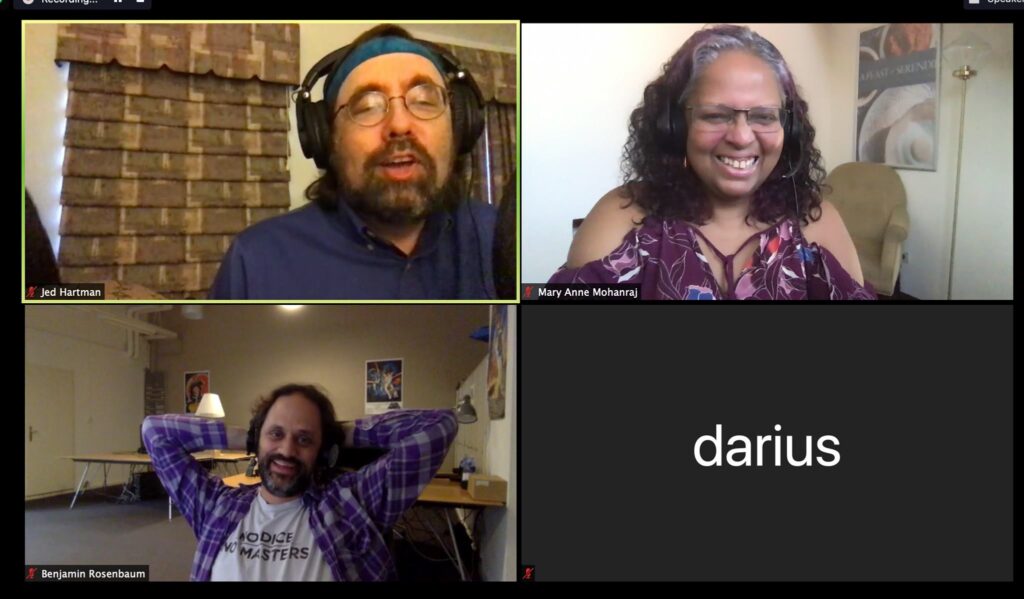