We’re letting our 5th grader play video games during e-learning. Kevin and I (both professors, math and English) feel a little guilty about this, but also think it’s fine for him.

Given how much misery I’m seeing around the parenting boards, I wanted to take a few minutes to talk about why we’re doing this, and why it’s helping e-learning work for us (and apologies for the bullet point form, but there’s a lot to cover, and I don’t want to write a book about it this morning, as I do have to get back to my day job…).

So, I can’t guarantee that we can make e-learning work for your kids this fall, especially if they’re younger. But this is what I’d like to see:

That’s it; that’s what I’ve got so far, about two weeks into fall e-learning (and three weeks into fall semester e-teaching at UIC). Third week is when I’m trying to assess which of my students are coasting along, doing fine, and which ones will need extra support and scaffolding. I wish we could just hand everyone a turn-key solution that will just work, but this is all new. So I guess my final ask is that we all lower expectations, extend each other grace and patience, pay attention to the kids when they’re unhappy, and most of all, be flexible.

If it’s not working, try another approach, even if it’s unconventional or a little shocking. (Video games during class!)

If it works, go with it. 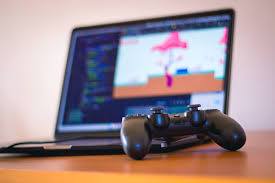