I haven’t taken a whole day off in I don’t know how long, but this novel revision will be finished this week, I think, so one is coming. But I did work pretty intensely from 6-3 yesterday (revising, then recording podcast, then SLF meetings, of which more anon), so at 3, feeling completely brain-spent, I decided it was time for a serious and deliberate break.

I told the kids to come meet me in the pool in a bit, made Kavi a strawberry smoothie and put it in the fridge for her to find (she loves poolside strawberry smoothies), and went out there with a cocktail and a magazine. I swam a few laps (refreshing on a very hot day) and then floated around for a while, listening to music on the little pool speaker Kev got me for my birthday. It was nice. I still don’t have a name for the dragon; we tried out Puff yesterday, but it didn’t stick. Maybe Digby. Hm.

Photo courtesy Kavi; she and Anand were very amused by Mommy’s deliberate attempts at relaxation. She asked if I found it hard to relax, and I said yes, which also amused them. When I finished the magazine, I did put it aside and join in for some pool games — we’re still trying to figure out what’s a decent game in this size pool with three people.

We tossed the beach ball around a little bit, and then played “Night Guard,” where one person is the night guard and the others have to move around when the guard isn’t looking at them, freezing when he has eyes on them. That was pretty fun, and I’m hoping we can get Kevin in to join us for another round today — it’ll be even better with four people.

The kids kept making references to Weeping Angels, and I admit, I tried to move into threatening angel poses when I had the opportunity, because it was just funny. It’s definitely a little harder to balance when moving quickly in the pool, so sometimes I lost, due to striking a threatening pose (picture a contorted face, raised claw hands) and then falling over, which I’m afraid is not so intimidating. I’d make a terrible Weeping Angel, apparently.

And now, back to writing…Wild Cards work due today, which is going to take some real concentration and time; that’ll probably be the bulk of the day, but I want to revise at least one chapter of the novel first.

And then this afternoon, I’m hoping to do some more mask sewing. On my order page, I tell people that it’s about three weeks, and I’m about to hit that for a few of the older orders, so I need to get those out the door! 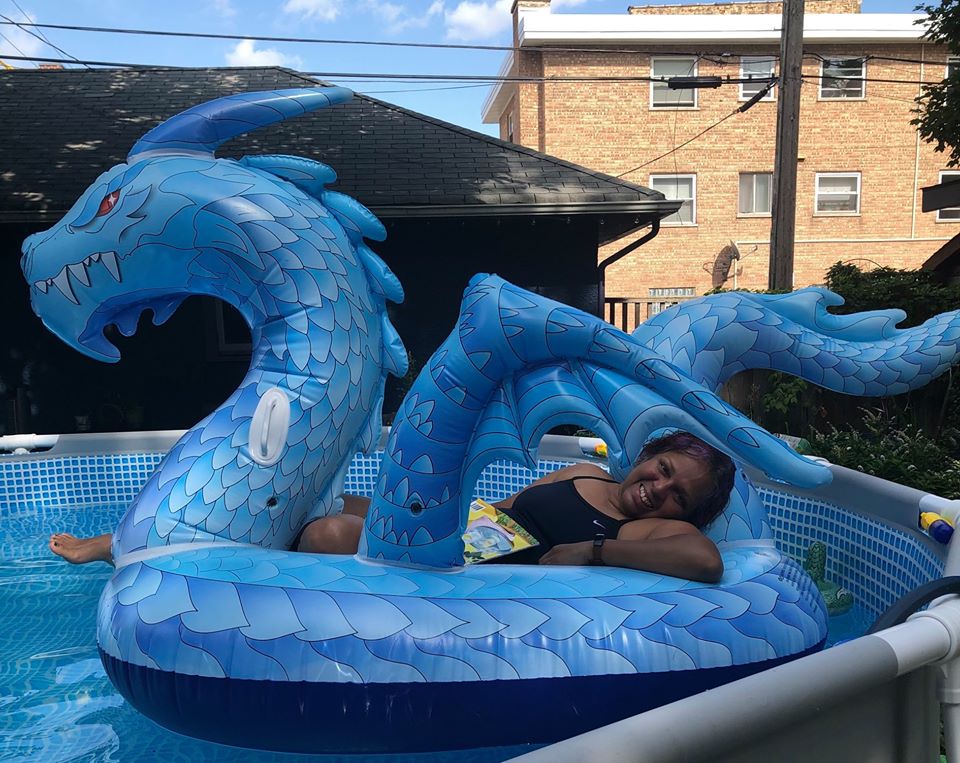