Random dragon pic. He needs a name. I think he tries to be fierce, but is really a big softy. Look at that sparkle in his eye.

Also, speak to me of effective heaters for outdoor above-ground pools, because the reviews are very confusing to me. I don’t want to spend an outrageous amount, but I do want one that actually works, and it seems like those two things are hard to manage together.

I am a wuss about getting into cold water — I do it, inching in pathetically, and I’m fine after I swim a bit, but it’s a disincentive every time, and means I don’t swim as much as I would otherwise.

These days, I’m tending to swim mid-afternoon, when the water’s warmed up as much as it’s going to and it’s still sunny, but if it were warm earlier, I’d probably do a morning swim too.

Not pictured here, my second attempt at a bikini. This one was less successful than previous, as it almost fell off me, which would have given the neighbors a good show. It’s a little small for me, I think; I’m hoping Kavi will like it, because if it’s too big for her, I can easily take it in. 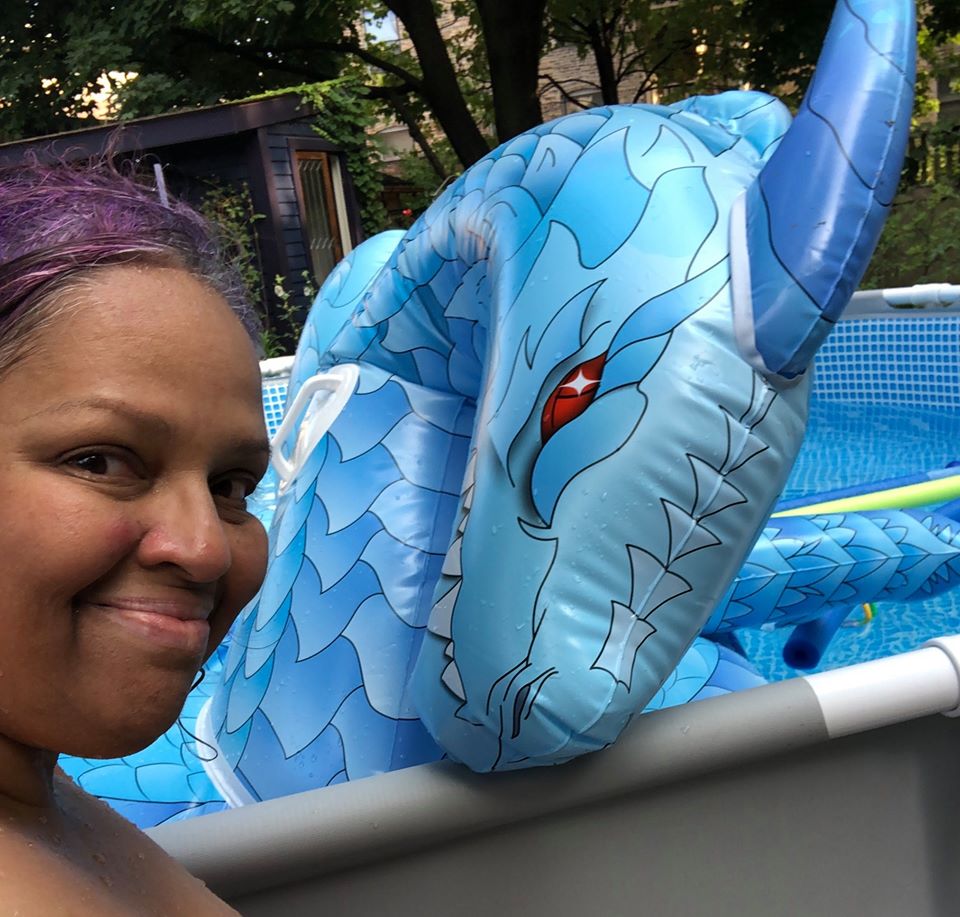