Hey, folks. I could use some RPG testers! I wrote a little “Jump Space” RPG, designed to be played in a few hours on the weekend with a small group (I’d recommend at least 4, no more than 8).

This scenario features a motley crew of entertainers / cooks / gardeners in space, a sort of floating event-hosting company, who have to manage their own romantic and familial and friend relationships in the midst of trying to get the job done (they’re on a ship about the size of Serenity from Firefly, if that gives you a useful reference point). It’s set against the backdrop of an emerging interstellar sectarian conflicts. (The ‘Pure Humans’ versus everyone else, basically.)

I’ve run it twice (once at a con, once at my house) with me as part of the group, and that went really well, but the question is, will it work just as well without me?

What I’d love is:

– 2-3 groups who would take it away and play it on their own in the next week, without me involved, and then give me feedback on how it played for them, so I can revise if needed 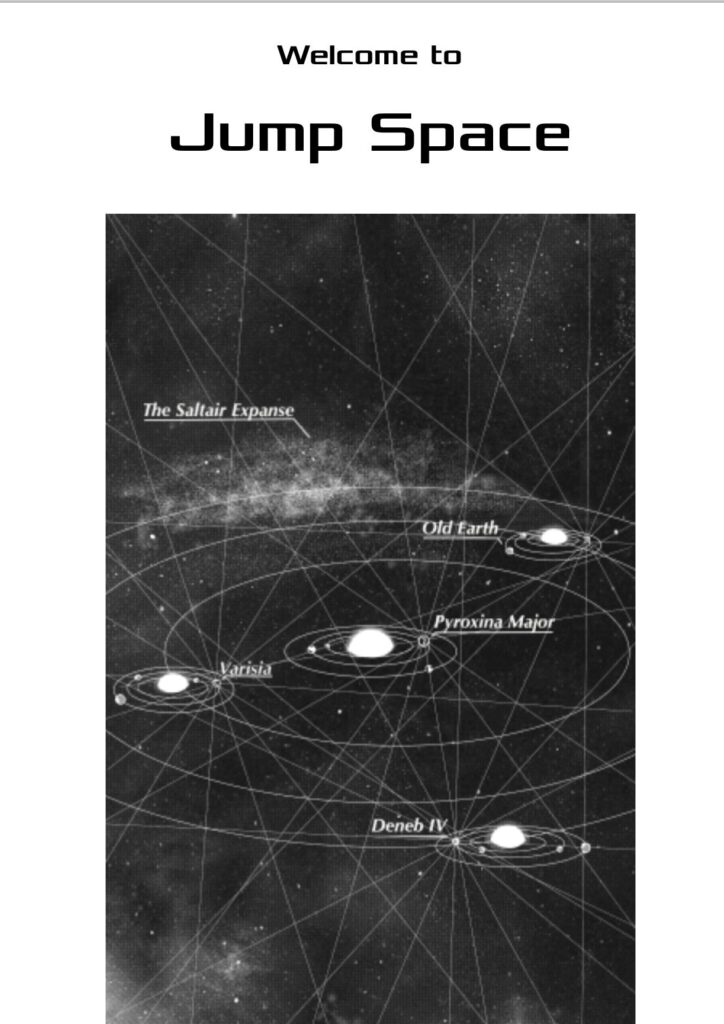