Took Kavi kayaking this morning. She loved it, even though she was tired getting up earlier than normal, and I think wore herself out a bit with the actual kayaking, given that she came home and promptly fell asleep on the couch without even eating lunch first. 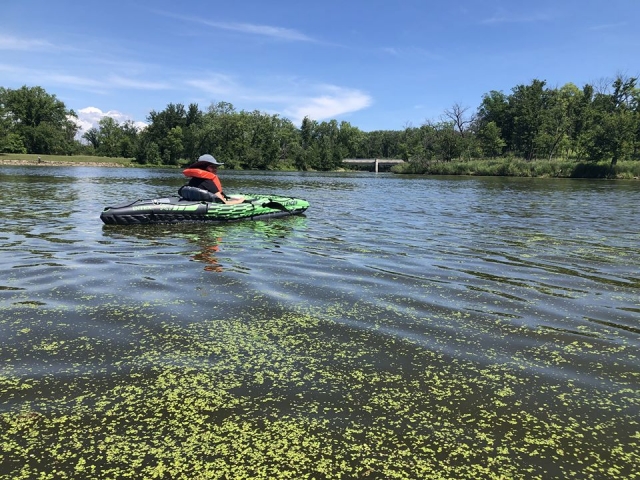 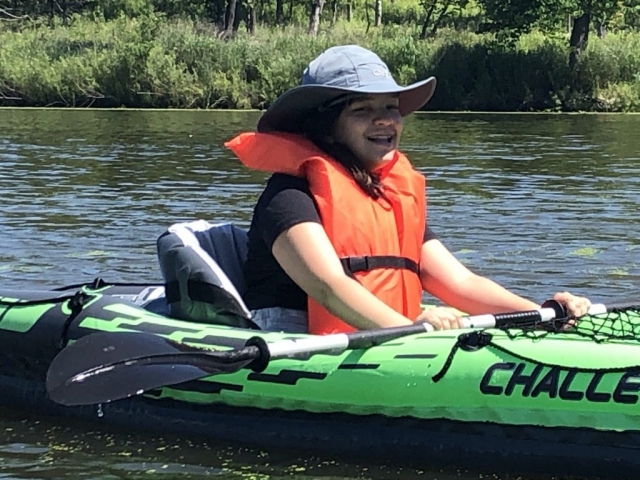 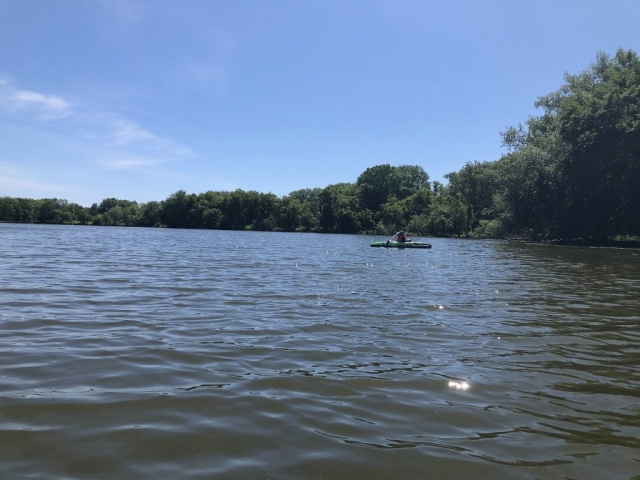 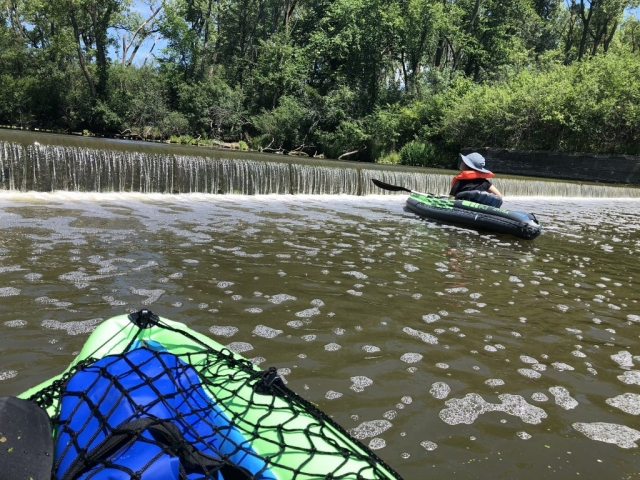 Expedition somewhat marred for me (luckily Kavi missed all this) by a polite yet quite tense and stressful disagreement with a park ranger who was convinced that my inflatables aren’t Cook County-approved for the forest preserves, even though I am really pretty sure they are, with hull numbers and NMMA certification and everything they’re supposed to have.

He seemed to think the inflatable Sea Eagle was the only one that was certified okay, but I think he’s just wrong. (There are LOTS of people using the Intex inflatable kayaks on the Skokie lagoons where we were, so if I’m wrong, so are a lot of other people.)

I’m going to try to confirm all that with the Park District tomorrow, because I really think the guy who confronted me was misinformed. But if he is, other park rangers may be as well, so I guess be aware it might be an issue.

But hey, Kavi did solo kayaking, and we found the tiniest of waterfalls, and she’s excited about going again, so there.

Also, thanks to Alli Bax for the tip, the rechargeable air blowing thingie (I’m sure it has a proper name) was a HUGE help. Would not want to try to do this with the manual ones that came with the kayaks.