I told Kavi that she could hang out on Zoom with her friends for as long as she wanted, and suggested they think about watching a movie together, such as Ratatouille, Triplets of Belleville, or Un Vie de Chat. 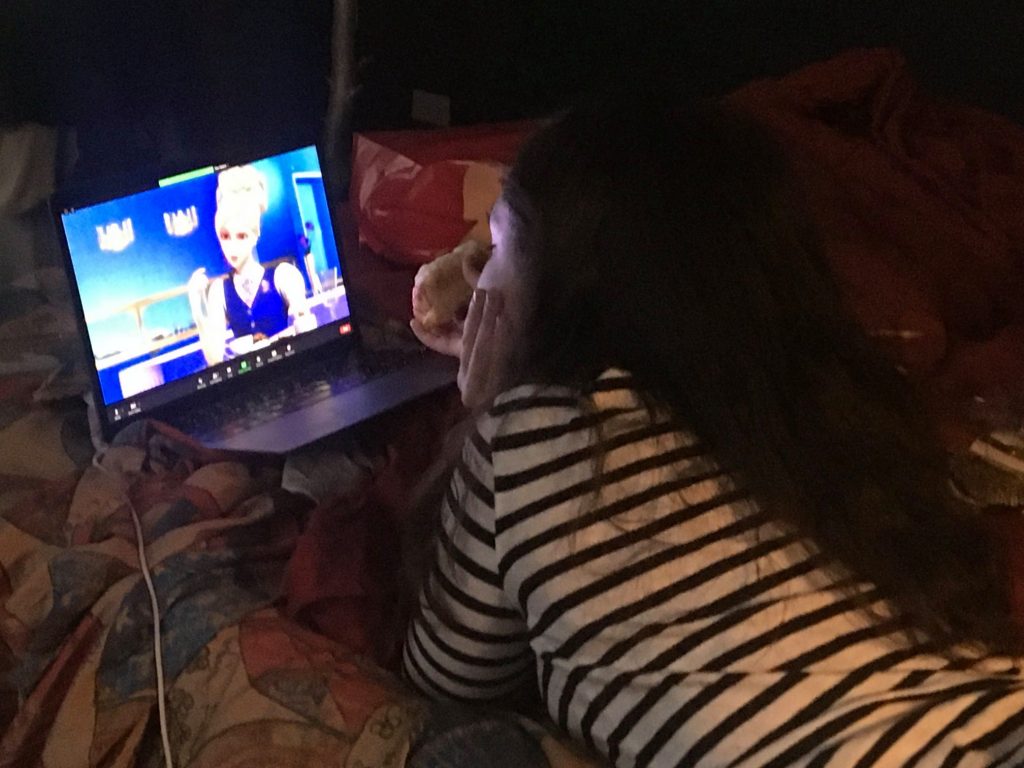 After some more hangout time, two of them had to leave, but Kavi ended up watching a Barbie movie (which she said later was a terrible choice, she should’ve gone with one of mine, ah well, see what happens when you don’t listen to mama?) with one friend, using screen share.

Screen share is a nice option if you’re buying or renting a movie, or getting one from a subscription service — only one of you needs to buy it. There was a lot of laughter, and it was a really nice way to wrap the party.

Virtual birthday party trip to France, done — would tweak it a bit if doing it again, but generally, we’ll call that a success.