I have two things to say about this photo — Kavi is officially taller than me now, eep.

Also, although she still doesn’t love the look of cardigans, I have successfully managed to sneak one into her wardrobe through Christmas presents this year, and Kavi admits that she loves it because it is cozy. I am attempting to persuade her that when the cards are down, comfort trumps style, which is also a bit of a feminist message. Beauty doesn’t have to equal pain.

I think Kavi’s lack of interest in cardigans previously is mostly because they’re generally seen as for older people, not kids, and as she’s moving quickly towards teenhood, where I see plenty of girls wearing long cardigans, this probably isn’t an argument where she’ll need much persuading.

Kavi’s already anti-heels because they hurt too much; I’m hoping that lasts. (I, sadly, still buy them for myself sometimes. Sigh.) 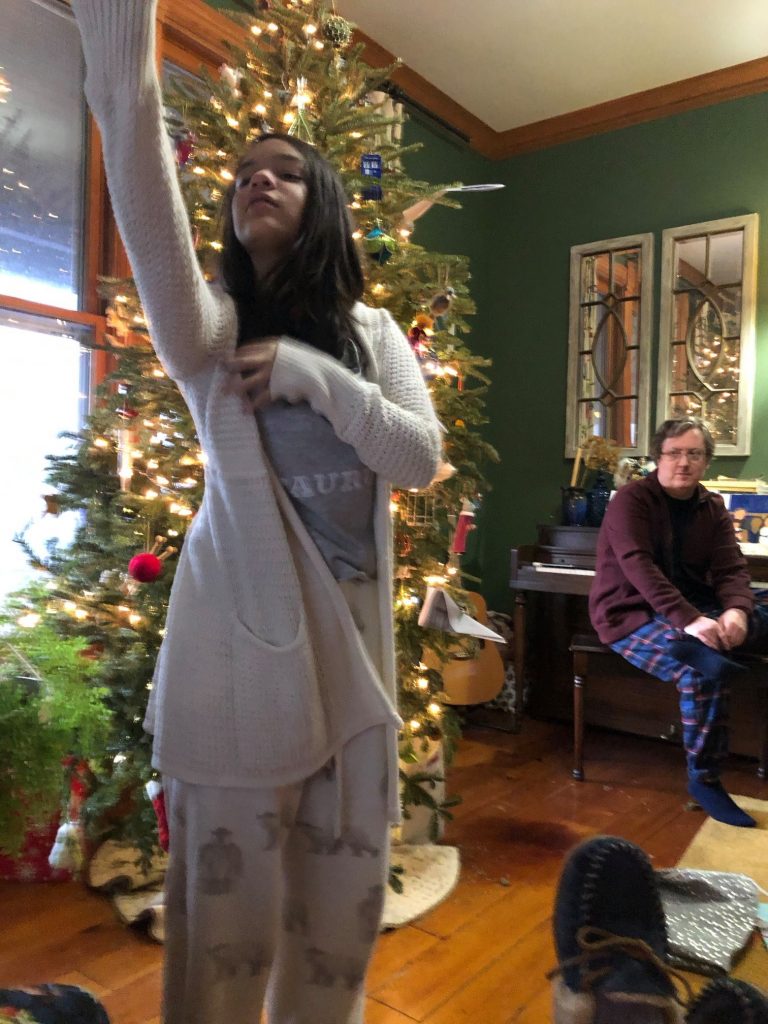