Croissant-making hurdle #1 — Kevin insists that the brewer’s yeast he has on hand will work just fine in bread-making, and that that jar of active dry yeast we have is very old and I shouldn’t risk it. I trust my husband, right? Right. Onwards. 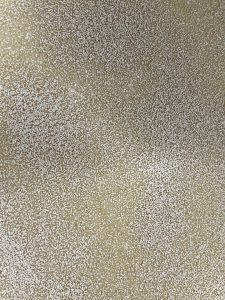 Croissants, next step. So far, so good. Mix eggs, warm water, flour, sugar, yeast. This is totally within my power. I am a baking god. 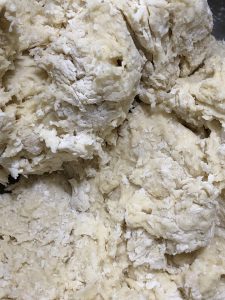 Croissants, step 3. I let the frozen butter sit for about an hour, so it was no longer hard as a rock, but still cool to the touch. Sliced and into the mixing bowl. Is that enough butter for ya? 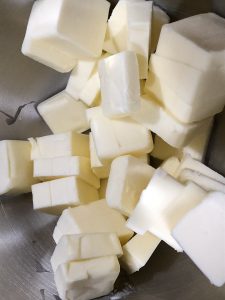 Croissants, next step. Mix butter with salt and flour in a stand mixer. Um, I used the dough hook (think maybe the paddle attachment would’ve been better), and ended up having to do a lot of shoving butter down towards the center with a spatula, which I don’t remember ever seeing them do on GBBO; am starting to question my baking god qualifications. 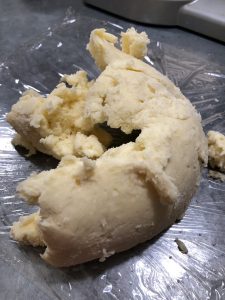 8 inch square of butter mixed with flour. When we say 8 inches, we mean that I held up a 8.5 x 11 sheet of paper and eyeballed it from there, because I don’t actually keep a ruler in my kitchen because I am not as obsessive as the French, and I am also too lazy to go down to my craft table in the basement and get one. But that looks vaguely right, I think. Into the fridge to chill for 30 minutes. 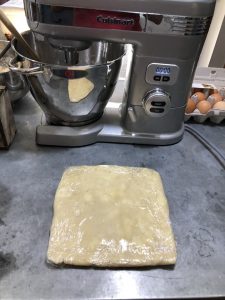 Ha ha ha! You thought we surely had ENOUGH butter with the pound of butter that we just sliced up. Don’t be ridiculous. Of course you have to melt MORE butter and pour it over the ‘sponge’ as they call it. MOAR BUTTER. 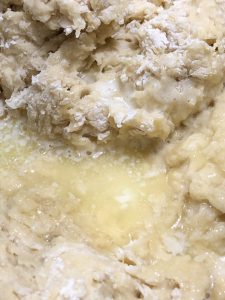 Um. This seems very dry. And crumbly. I’m supposed to have it come together into a dough, and then knead five minutes, adding a little four if it’s too too sticky at that point. It is not too too sticky at that point. It is super-dry at that point, and has still not come together into a dough. Also, my arms are aching from five minutes of kneading because I made the mistake of doing it up on the island instead of the kitchen table, so I don’t have as good an angle as I could have and also, I almost never make bread and am really out of practice with the whole kneading thing.

I gingerly add some warm water (about 1/4 c.), fearing disaster, as this is NOT in the instructions. And that was too much — the dough finally comes together, but now it’s decidedly sticky, sigh. Should’ve been more conservative, tried a T or two instead. GAH.

(No photo of the sticky portion, as my hands were covered in goop. As it was, my phone was getting a little more flour-y than was perhaps wise, but seems to have survived, whew.) 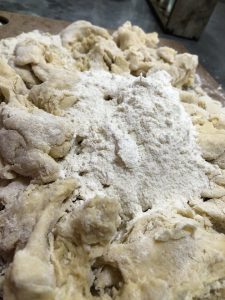 Okay. I think I salvaged it. A few more T of flour, and it came together into a reasonable dough, and it’s now shaped into a 9″ square (and yes, I eyeballed this one too, what kind of obsessive baker do you think I am? (There is a reason I’m more of a cook than a baker. Precision is NOT my thing.)), wrapped, and delivered safely into the fridge to chill for 30 minutes.

Just one problem; in 15 minutes, I’m supposed to be across town at Oak Park Works, teaching publishing and writing for the next 3 hours. So I’m going to go do that, and hope that an extra 3+ hours of chilling doesn’t hurt either the butter or the dough. It’ll be fine, right? And when I get home, experiments in lamination — hopefully my sore arm muscles will have recovered by then.

(This may be the most elaborate thing I’ve ever baked. Are flaky, buttery layers worth it? Hmm….) 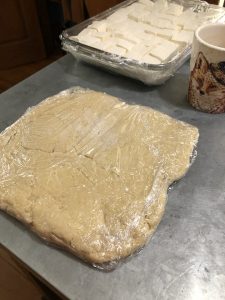