I’ve figured out an awesome life hack, so must share — particularly useful to writers, esp. SF writers. It will take a little while to get there, as I have to go through chore distribution, but bear with me. 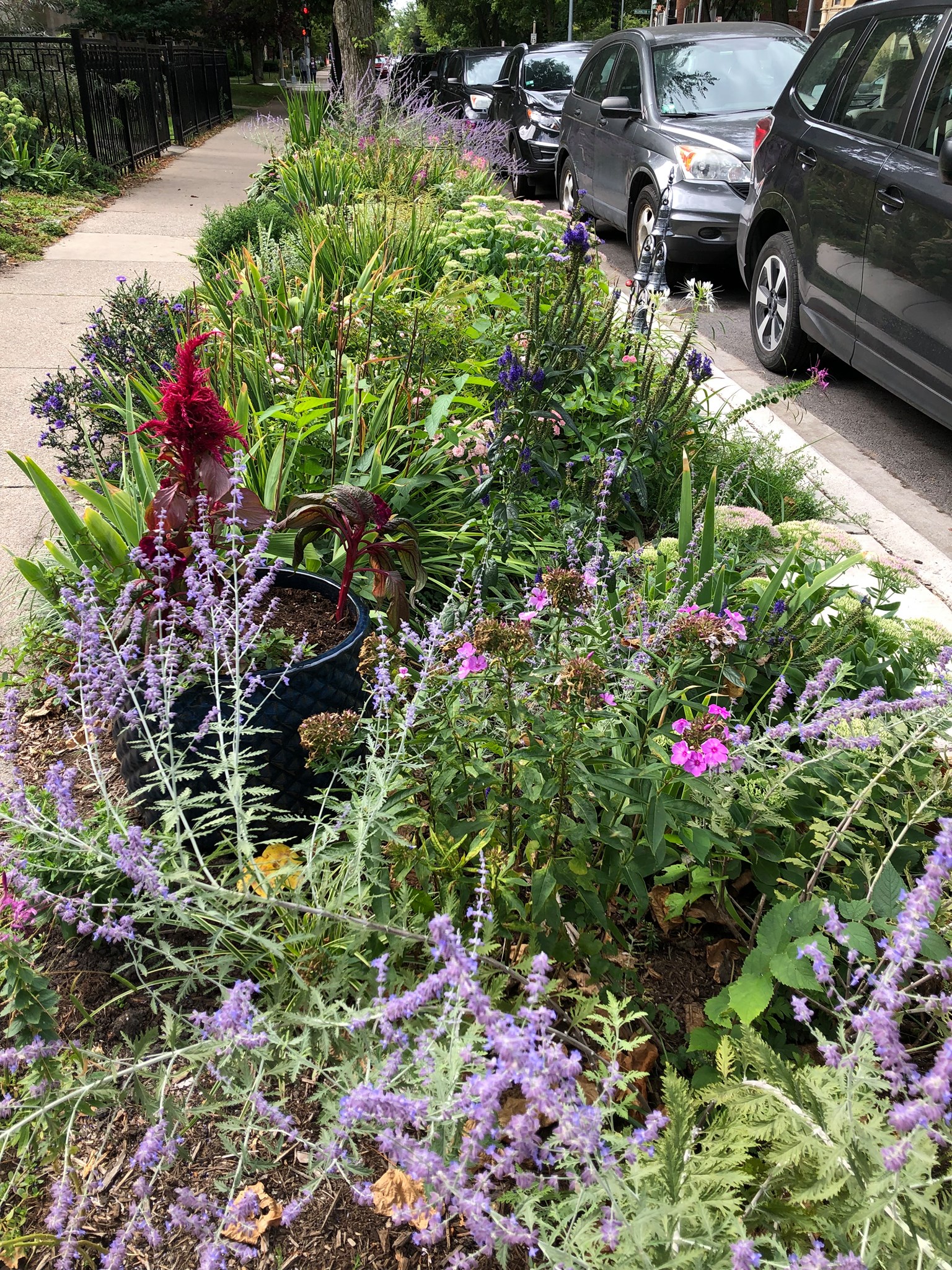 So, y’all know how I’m painfully short of time, right? Mom, writer, professor, SLF director, elected official, etc. I keep trying to find ways to manage that better — for a while, we were hiring out a lot of domestic chores, which was great in some ways, but turned out not ideal in others.

Specifically, if I’ve paid someone to do the bulk of the laundry, dishes, errands, yard work, etc, it means that I’m left with mostly gobs and gobs of computer time. (Note: the only reason we could afford this was because Jed was helping, poly finances are complicated. 🙂 Most two-professor households cannot afford to hire out many chores, just in case you were wondering.)

It turns out that while it sounds great, hiring out all the chores actually stresses me the hell out. My back starts hurting from all the computer time, and even if I have a Fitbit buzzing at me to get up and walk every once in a while, my head starts hurting, because I’m in go-mode for somewhat tedious analytical brainwork all the time.

Plus (and this may be just me, with my Puritan New England work ethic and inability to sit still + cancer-inspired urgency to do all the things), I just end up piling more and more of that kind of analytical thinking on, without respite. I even start talking faster and faster, and it’s just NO GOOD VERY BAD — for writing, for my health, for my sanity.

Now, this is sort of funny, because on the flip side, doing domestic labor all the time ALSO keeps me from writing. (And makes me super-cranky and resentful and I start stomping around muttering about needing a room of one’s own, glaring at Kevin and the kids, fantasizing about joining a lesbian commune or running away to the woods, etc.)

So I’m trying to figure out the balance right now. We’ve shifted budget money away from hiring help for all that stuff, and the kids are groaning a bit at the advent of new chores, but they will cope and it will be good for them.

(SIDEBAR: I don’t want to raise kids who go off to college and don’t know how to clean a bathroom. I also want to teach them how making habits of straightening up will make their lives easier in the long run, because it becomes much less effortful; I’m not sure where I learned that, because despite my seriously neatnik mother, I was a slob in college and my roommates despaired of me (sorry, Margaret!), but somehow, I eventually did, and it has made my life so much easier. It is EASIER to live neat and clean-ish, IF you have the habits to support that, so I’m going to try to get the kids in those habits now; we’ll see if it works.)

Between them, Kavi and Kevin do almost all the dishes now; the kids do their own laundry (with reminders and prodding and a bit of help for Anand), Kavi takes out the trash and recycling, Anand waters the porch and back deck plants (also with reminders). Kevin does his own laundry, we split the running the kids around as much as we can, we use delivery options to seriously limit the number of errands we need to run, Kevin manages most of the kids’ schedules and homework electronically, we have shared family calendars, and so far, that all seems to be mostly working. We slip, when there are a lot of events or deadlines, but then get back on the horse. Physical checklists help. This is Anand’s for summer:

So, between the family doing more, and the checklists, domestic labor has not eaten up my life again yet. Good. Now, the semester’s about to start, so we’ll see if the system breaks down, but I’m hopeful that we can mostly keep it up and running. I’m a little worried about what happens when I go out of town, as then it all tends to fall apart, but we’re working on Kevin keeping the kids up with it without me on reminders. Thankfully, we can afford to throw a little money once in a while at the problem if things get too out of hand — if I need someone to come help with big garden tasks, etc. So, fingers crossed.

So yay on distribution of labor, and also yay on actually doing some physical labor, because it’s good for my body and slows me down, taking me out of analytical ‘management mode’. That’s one of the most damaging intrusions on deep thought, I think — if I’m constantly tracking domestic tasks or arts administration tracks, swimming frantically in that shallow pond, I don’t seem to have mental space for thinking about big ideas.

And this is where the hack comes in — I have started listening to podcasts. Yes, I know, many of you have been on the podcast train for dog’s ages, and good for you, but I kept trying them and having them not work for me, even ones that other people loved. Bah.

But then I found Our Opinions Are Correct, which is Charlie Jane Anders and Annalee Newitz, and it felt like being back at WisCon in the bar with them. And as Benjamin Rosenbaum says, it’s a tiny bit frustrating because I do occasionally want to jump in and argue with something they’re saying, and I CAN’T, but mostly, I’m happy to listen to them; it’s a sheer pleasure, and lessens the post-con letdown.

But more importantly, it sparks my writing. Basically every episode, as they take on various ideas and discuss books that address them (many of which I’ve read), and interview interesting people, I end up having thinky thoughts about my novels-in-progress. Which is AWESOME. They also add to my to-read list, and I’m pre-ordering books, which I do have to find time to read, but I’m super-excited about them, and that’s ALSO AWESOME.

And now that I’ve caught up with all of their episodes, I’ve started listening to some others too. I tried Galactic Suburbia, an Australia-based podcast yesterday, and it was an interesting, different POV. They’re re-reading Russ right now, which was fun to listen to (though I really did want to argue with them on that episode, oh well).

It was sort of funny how they were talking about the World Fantasy Awards and the Australian author on the list, which was apparently the only reason they noticed the WFA list was out, and that speaks perhaps to WFA needing better international press, but also as a good reminder that we are having different conversations in these different parts of the world, and so for that reason alone, I’m going to keep listening to that one. I want to know what Australians are thinking about in genre lit! Also, I reorganized two kitchen shallow pantries in the process, so that’s 45 minutes well spent.

Then this morning, I listened to Cadwell Turnbull talking about his forthcoming novel, _The Lesson_, on the Skiffy and Fanty Show, and I’ve been a guest on the show before (maybe twice, right, Shaun Duke?), but somehow never actually listened to it. And it was GREAT. I mean, it filled my heart with joy, to be listening to these smart people talking about subjects I was fascinated by, and it’ll be months before I see them at another convention, and half each time we miss each other anyway, and honestly, I don’t really know either of them that well anyway (or the other host of that episode, Brandon O’Brien, at all), but it was still so great!

Super interesting discussion, with spooky parallels to the novel I’m working on (the big novel that will probably be a series, not the little novel that is almost done), which I suppose is not surprising given its setting in the U.S. Virgin Islands and the colonization tropes, but structurally, thematically, etc., there is so much in common that I kind of want to assure Cadwell that I started writing mine BEFORE hearing this podcast, much less reading his book.

(Although hey, Cadwell, if you feel like sending an advance PDF my way, I will talk about it here, which isn’t exactly a review venue, but I have like 8000 friends and followers, so if FB actually shows it to them, that’s pretty good, right? And I’ll STILL pre-order it, because we island folk need to stick together. Small places, unite.)

And again, listening to the podcast, I was FILLED with thoughts that I will take back to my novel, AND I got a bunch of the garden weeded and some sedum planted, in the most pleasant of ways.

I have Gary Wolfe and Jonathan Strahan’s Coode Street podcast to try next, and Sugi Ganeshananthan’s Fiction/Non/Fiction podcast (not genre, but sure to be interesting, since it’s Sugi), and I dunno — it’s like an extra dimension has opened up in my life and it makes me so happy.

It feels almost like being back at Clarion or grad school again, having dinner and doing dishes with Paul Ketzle and Nicole Walker and talking intensely about writing, and even though I’m not actually talking, I’m listening to them having a great conversation AND the dishes are getting done AND I’m in a rich, creative mind space…

…and I know, I sound like someone with a crush, or someone in the throes of NRE, and maybe this will pass, but I hope not.

One thought on “Balance of tasks, and creativity”