First soccer practice went well. Whew. Anand knew three kids on the team from school, which helped, and he says they’re all nice. Game this evening. We also got our class assignment yesterday — he’s in Mr. M.’s class for 4th grade (at Holmes). 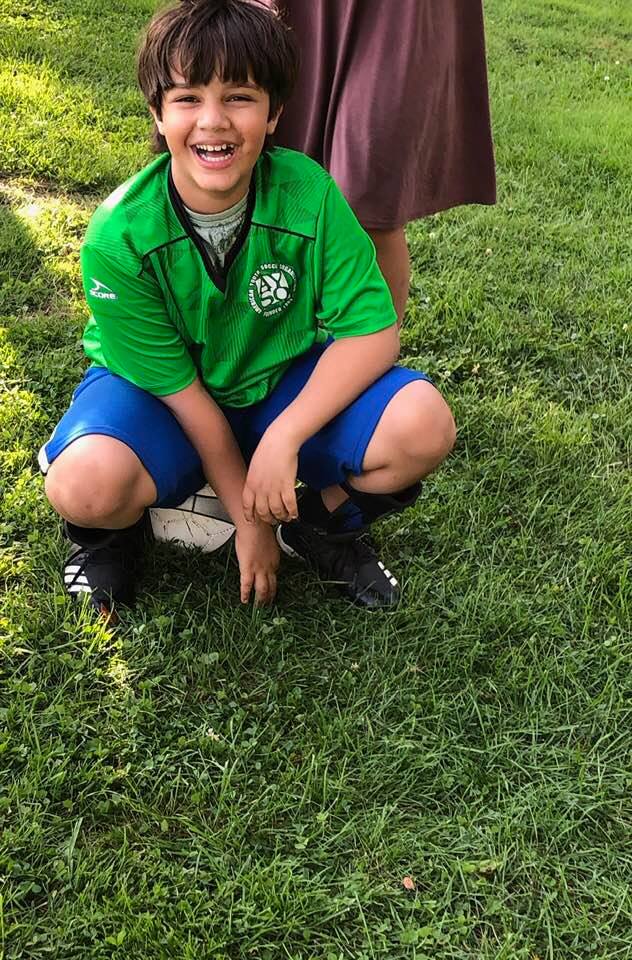 I admit, I’m not entirely certain how that will go; Mr. M. has been an assistant principal in charge of school discipline before, and in that capacity, Anand and he had a lot of run-ins in kindergarten and 1st grade, where Anand’s as-yet undiagnosed sensory issues and ADHD led to him having a hard time staying still in line and having a good sense of personal space, so he was constantly bumping into other kids, some of whom complained that Anand had hit them.

Anand got called into the office 17 times in kindergarten, and memorably, he and Mr. M. got into a shouting match in the cafeteria once. Anand has a habit of questioning authority, and wants to have rules that don’t make sense explained to him before he’s willing to follow them — this is a trait that will hopefully serve him well as a critically-thinking adult, but in elementary school, some authority figures find it a bit frustrating, when they’re trying to keep a host of kids safe, esp. in chaotic situations like the lunchroom. I have sympathy for both sides!

But most of that stuff has settled down as Anand got older, and developed a better understanding of “I don’t have time to explain it to you right now, so please just do as I ask, and ask me again when it’s quieter,” so hopefully it won’t be an issue; we’ll see. And Mr. M. is team-teaching with Kavi’s favorite teacher from elementary school this year, so that should be nice, at least.

Hopefully at least Anand will be in class with other kids he knows and likes…crossing all the fingers and toes.