Skip to content
I’m feeling a bit of weirdness again about spending money on a local race; I just read an article about the D200 race in 2015, where, apparently, an organization contributed $18,000 to one race (although, apparently, some of that wasn’t cash, but rather, in-kind candidate training, so that’s fuzzier). People were pretty upset about it, and some felt that the election was being bought. I’ve been trying to balance my desire to run the most serious and energetic campaign I can, with what feels appropriate for a library board race.
A questionnaire I filled out recently asked what the three biggest donations were, and from whom. In case it helps, I’ll note the info again here — $1000 from an old friend, $500 from a famous writer friend, $250 from another writer friend, $250 from Democracy for America (the only org. that donated). The rest have been smaller individual donations, everything from $5 to $100, with most donations around $25, I think.
Oak Park is big! We’ve made good progress on canvassing, but there’s still a big swathe in the middle to try to cover. I think we’ve hit about 4000 likely voters, but there’s about 2000 left who may not even have heard my name once yet. In the last week, it’s all about figuring out where to best focus efforts, especially since I think I may have exhausted my volunteers. (All of their efforts gratefully appreciated). In this last week, it’s mostly me, plus any students I hire to walk and pass things out for me.
I need to check the budget today, see how much money is left. I had originally planned to just stop at a certain point and save it for the next campaign, but all the experienced political people I’ve talked to say no, spend it all. I’m having a hard time talking myself into spending money on a print mailing, though — I’d rather use the money to pay students (or others) to canvass at this point, so at least I know individuals are directly getting some paid work out of it, rather than it all going to postage costs.
If you’re a local who would like to do a little paid canvassing work for me, drop me a note? I’m not sure how much of it there’s going to be, but I should have a better idea by the end of the day. Need to review the budget numbers, make sure I have all expenditures counted. I want to end my campaign in the black!
#runningforoffice 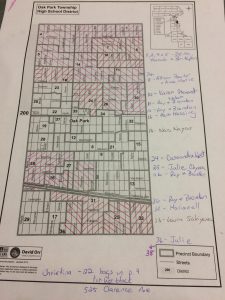