Pancakes & Pump It Up. Best part: last time we came to one of these, she was too scared to even try the climbing wall. This time, she tried over and over. 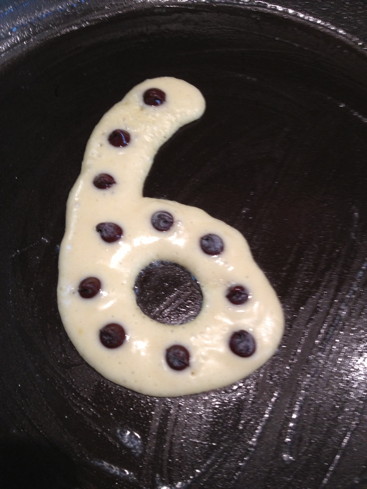 I say it again; a squeeze bottle is your friend. Also chocolate chips. 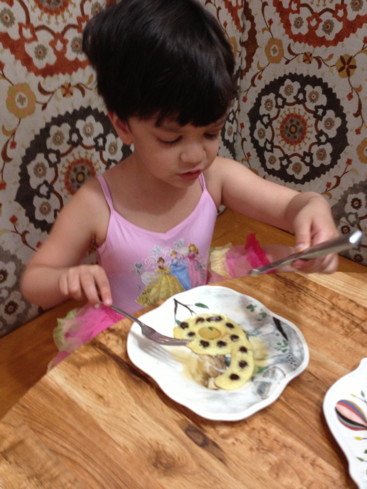 Leotard in preparation for her fairy ballet class, tulle skirt a birthday present from my mom. I admit, it hurts my eyes a bit to look at it all. But the girl inside is cute. 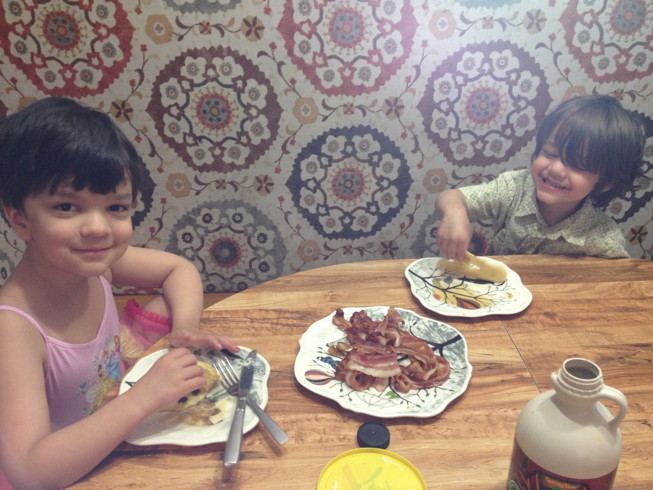 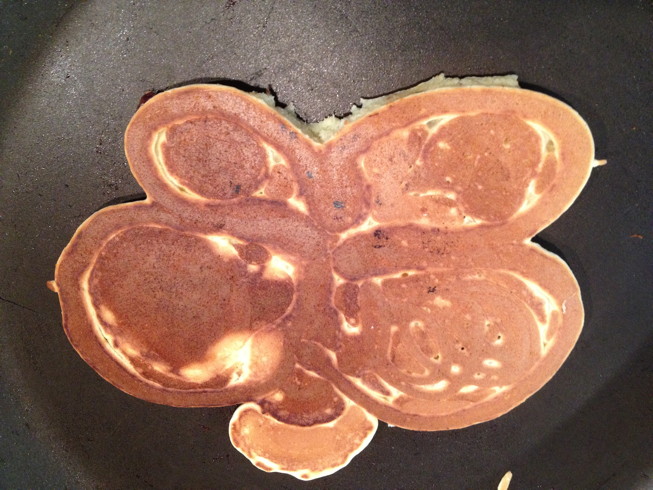 Umm....that was supposed to be a butterfly. Sort of. 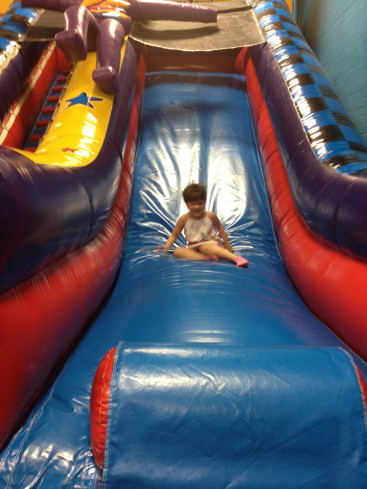 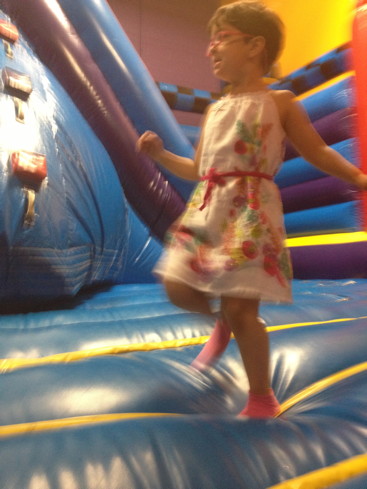 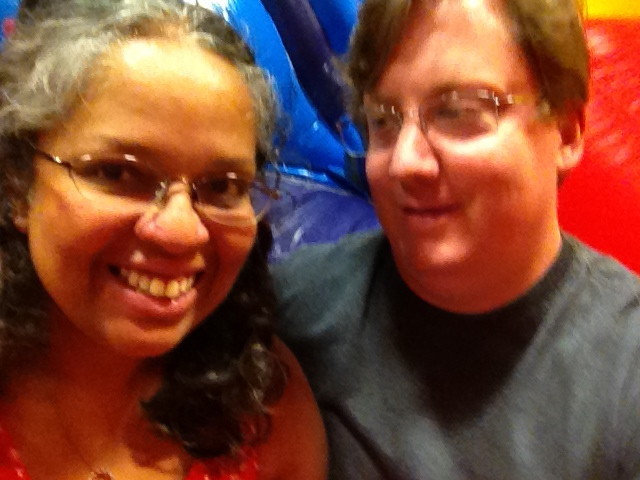 The lighting was terrible, and it's not a great pic of Kev, but on the other hand, he's actually smiling in a photo, so I'm going to call this a win. 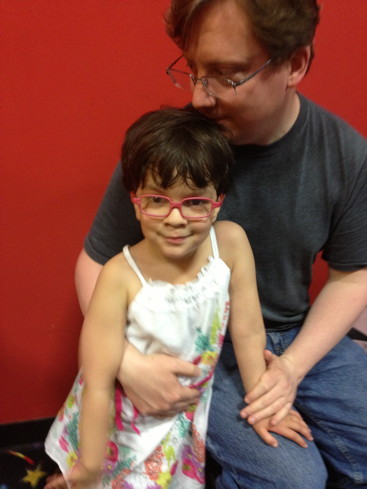 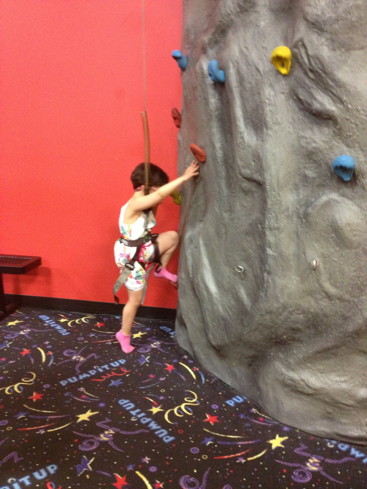 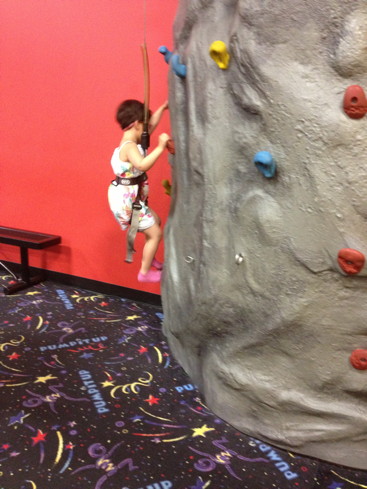 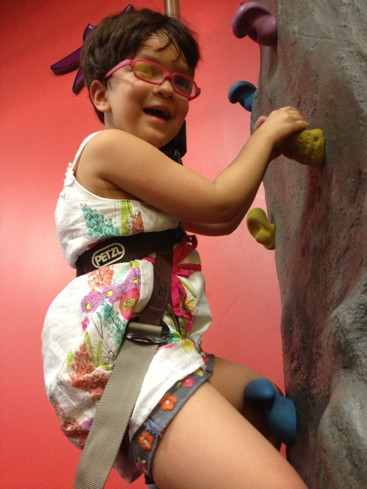 This is my favorite, I think -- it's so lovely to see her happy up there, instead of just scared. 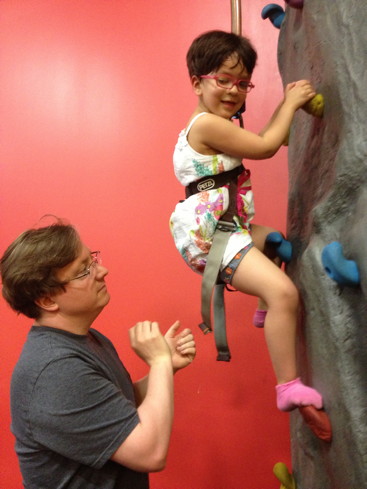 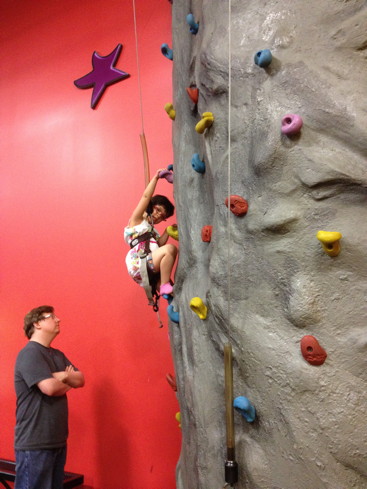 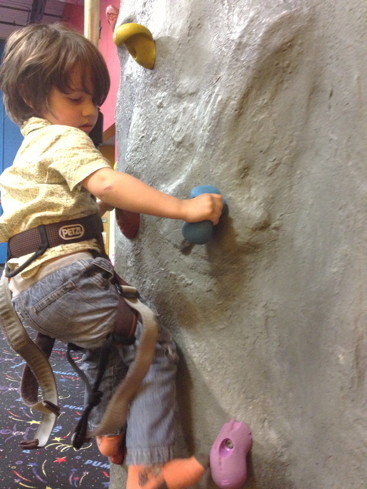 Anand took one step up, and then freaked out and demanded to be let out. But hey, he tried, and he's only three-and-a-half. Maybe next time will go better. 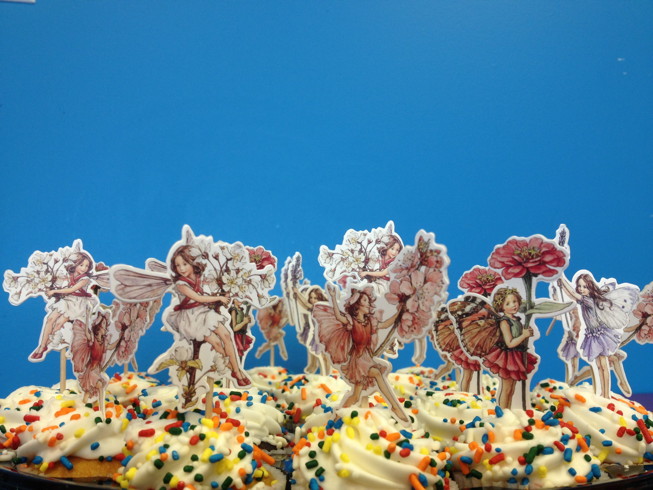 I kind of adore these little cupcake picks, by Meri Meri. Such a great old-fashioned flower fairy look to them. 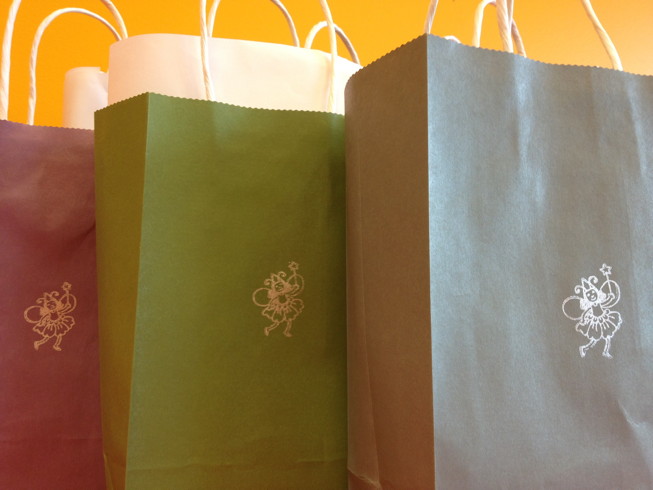 I had fun stamping silver fairies on the goody bags. :-) 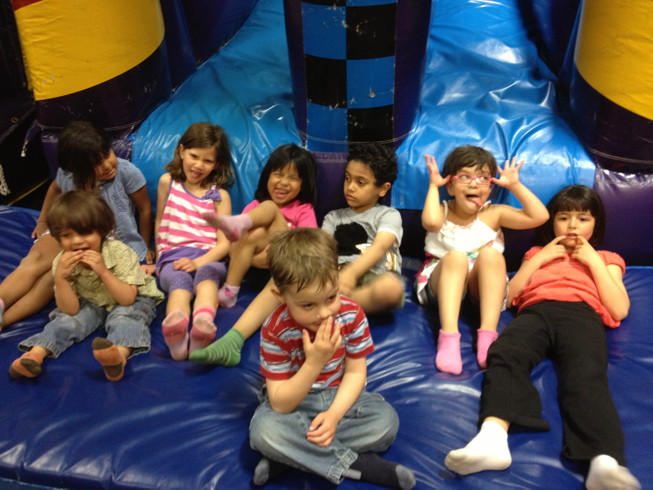 They were instructed to use their silly faces. 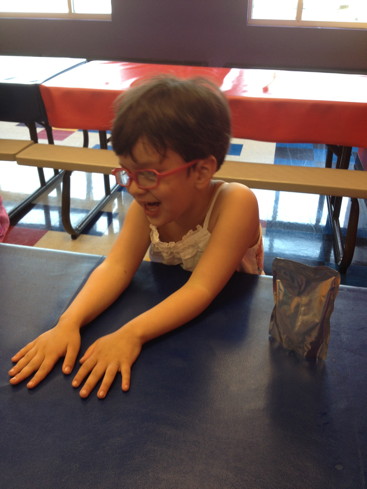 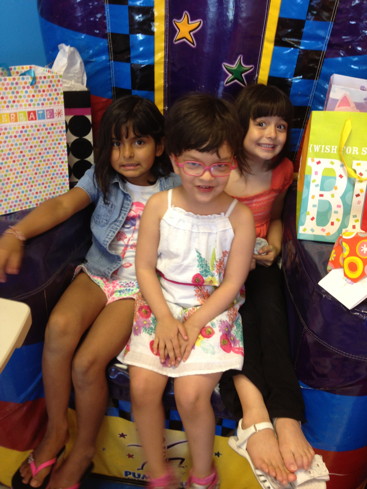 With Sophie and Daniella. 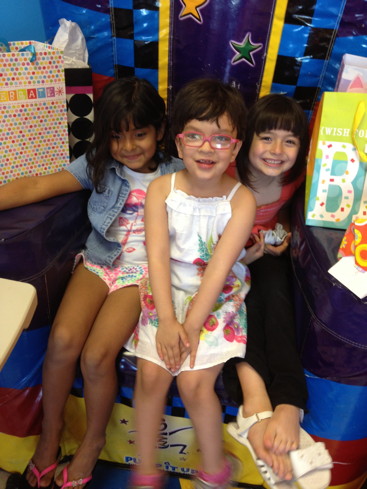 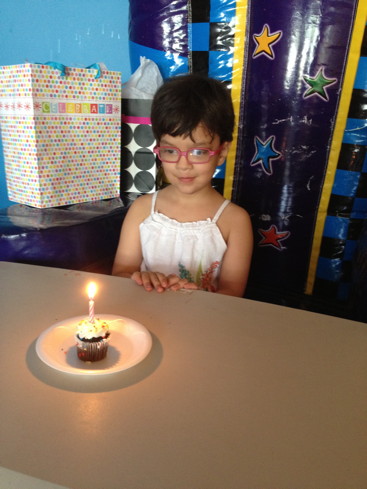 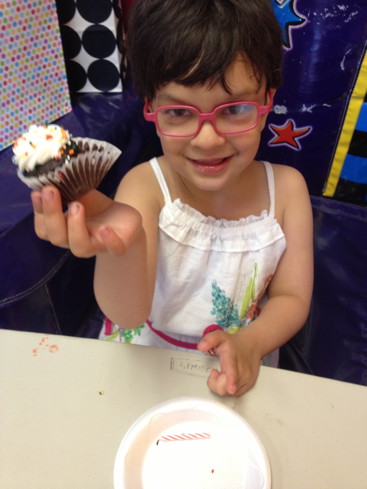 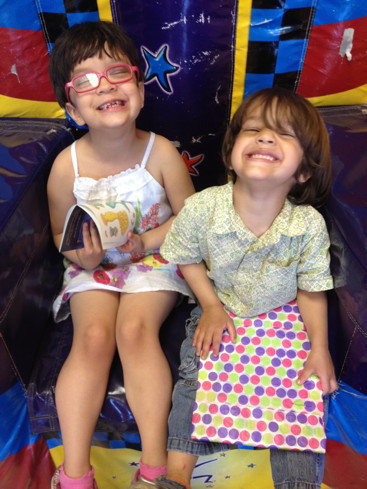