Skip to content
Lots of computer futzing today, which resulted in some coolness -- I can now easily transfer photos from digital camera to computer. Which means that there will soon be photos illustrating the journal, at least occasionally. I'll try not to go too nuts with it -- I know it slows down load times, which is a nuisance for those of you on slow modems. To start that out, here's some from my recent train ride from Connecticut to New York: 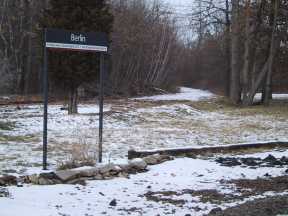 We start in Berlin, Connecticut. That's the closest Amtrak station to Hartford. To be honest, I don't know a lot about Berlin, so I can't tell you much interesting about the city. 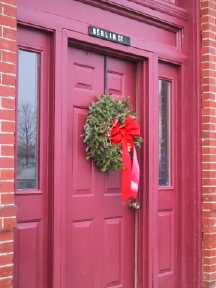 But their train station is kind of charming... 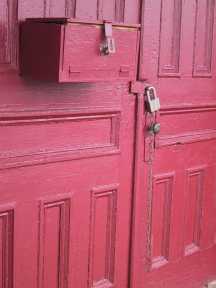 ...and I really like that mailbox. It seems exceedingly New England-y somehow.

Before long, you're heading out of the city. The scenery is generally gorgeous, and I enjoyed it this time too, in a sort of bleak, winterish sort of way. You should see it in autumn though; that's just incredible. I was a little tired on this ride, so I probably didn't really appreciate it properly. 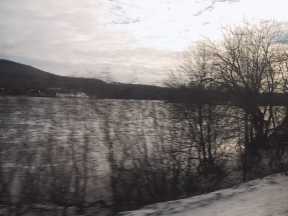 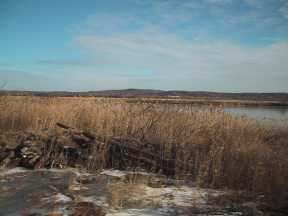 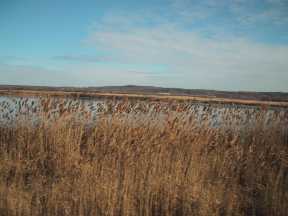 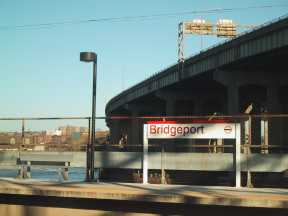 And in fact, I got tired enough that I mostly snoozed after Bridgeport. Except when the woman next to me insisted on talking to me. I had spent a little while chatting (very quietly) with Jed on the cell phone about magazine stuff (I didn't feel guilty about it because she had her cell phone out too, so we were boorish together), and she had overhead some and struck up a conversation about internet publicity and on another day I might have even been interested, but that day I was just tired. Serves me right, I suppose -- if I had just read a book, she wouldn't have bothered me.

Not the world's most exciting photos, I know -- I'm still getting used to the camera. And I got quite a few good ones of various family members, but I don't feel comfortable putting those up here without their permission. Maybe someday...

Now I've spent two hours on camera stuff, though, and I really ought to get back to doing some work. I'll talk to you later, my dears.

3:30. Sorting through old e-mails, trying to catch up. You'll remember that I mentioned Cat's song, "Acts of Creation" a few days ago -- Jed pointed me to her website, and I recommend it until you. She has lyrics and sheet music for many of the songs there; I'm listening to one of them now, "Word of God", which isn't what you might think from the title. Terrific stuff.

And while I'm recommending music, I've gotten addicted to the two Clandestine songs on the mix Chip and Shannon sent me -- I play them both over and over and over again. They're apparently from their first album, To Anybody at All -- "Peggy" and "Babylon". I thought perhaps they'd written "Peggy" themselves, but it's credited as traditional; it's another version of the "Gypsy Rover" song (aka "Black Jack Davy"), but my favorite version so far. And "Babylon" is their own arrangement of a traditional set of lyrics:

How many miles to Babylon?
Threescore miles and ten.
Can I get there by candlelight?
Yes, and back again...

They do a beautiful job with it, and it's especially satisfying to me because only a few months ago I read a fantasy novel based around those old lyrics -- so now I have music in my head to go with the story. I'm blanking on the author/title of the novel, though -- it's on my shelves somewhere, but the gods know where.

Anyway -- I have both of Cat's CD's ('cause Jed replaced my lost copies for Xmas :-), and I'm going to be picking up Clandestine's the next time some spare cash comes in. Recommended to you all.

9:45. Why is it that sometimes I can write nothing but poems about love? Though I suppose it's better than not writing at all...